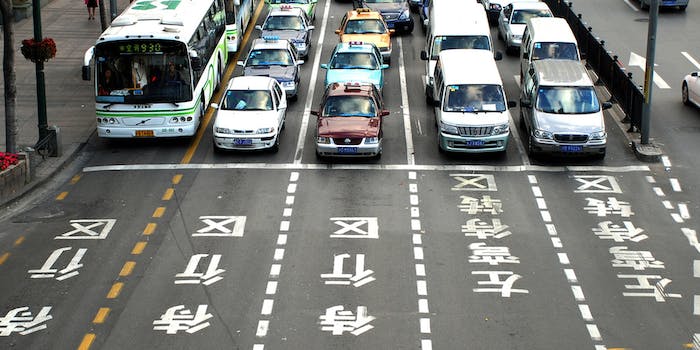 Think Uber has problems at home in the United States? The company’s situation in China may be even more precarious, as a new report claims that millions of trips logged through Uber are actually fake, and are the product of dishonest drivers gaming the system and scamming the company in the process.

In Uber’s quest to gain traction in China, the company has begun offering huge driver incentives which greatly increase the payout for each trip. Because of this, drivers have started finding accomplices to book fake requests, then refunding their fee and splitting the driver bonus with the false passenger.

This isn’t the first time we’ve heard of this scam happening in China’s Uber scene, but thanks to Tencent Tech, a news subsidiary of the Tencent megacorp, we now have an idea of the scale on which the scammers are operating. According to Tencent, Uber driver accounts have popped up for sale all over China’s various ecommerce websites, with hundreds of thousands appearing on the Taobao online shopping site alone. 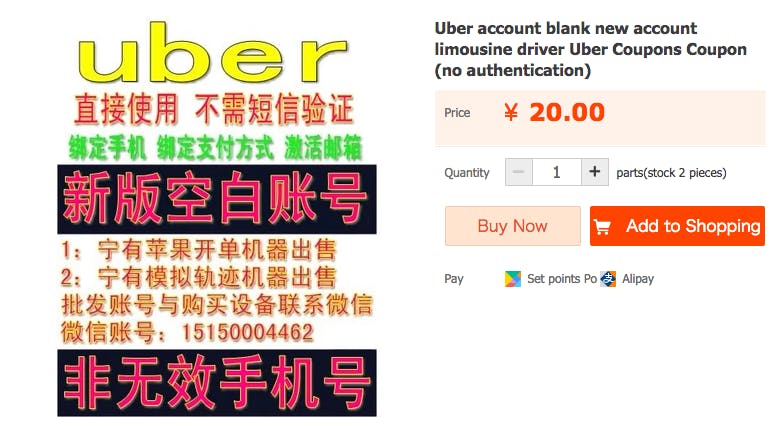 In our own trips to Taobao, the Daily Dot discovered plenty of evidence supporting Tencent’s claim, with a seemingly endless number of listings promising to deliver brand new Uber driver accounts.

The report also notes that far more accounts are traded via other means, which means that potentially millions of Uber’s logged trips in China never actually happened. With Uber making big claims about its growth in the country—60,000 new jobs and 100,000 daily rides—it’s impossible to know just how much Uber is actually growing, and how much is simply clever scammers at work.