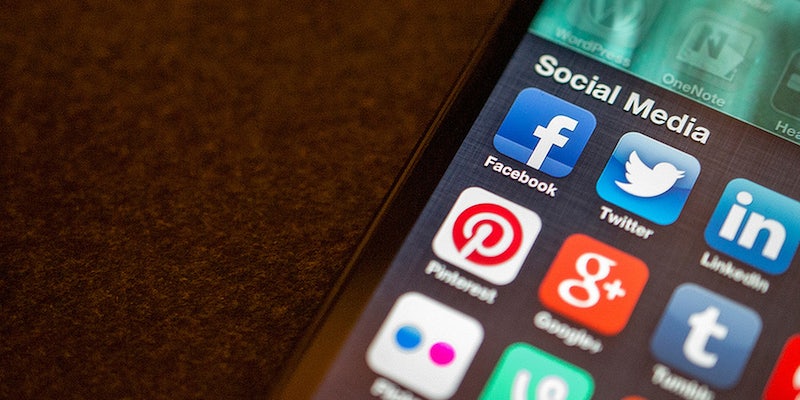 The British government wants to hack upper education so it can "hack" Anonymous, among other digital forces.

The MoD’s Defence Science and Technology Laboratory (DSTL) has invested the equivalent of $15.6 million into various PhD programs researching subjects ranging from the social media behaviour of political protesters, to the development of “battle-winning technologies.”

The DSTL-funded programs often focus on topics that could be used by the military, such as underwater drones, but many of the recently-announced new PhDs branch out into more esoteric fields that have more in common with online counter-terrorism programs. One example is a $160,000 study of “digital insurgency” at Kings College London, a course that will include an investigation into understanding the activities of Anonymous. (Good luck with that.)

A PhD program at the University of Exeter, “Collective Action in the Digital Age: Social identities and the influence of online and offline behaviour” will cover social media usage during the Arab Spring, the 2011 London riots, and recent student protests in the U.K. The resulting research will “show the importance of understanding synchronised collective actions driven by online interactions.” In other words, the Ministry of Defence realised that it needs to understand social media interactions if it wants to keep track of any future public protests in the U.K.

In a similar vein, a PhD at Queen Mary University of London will look into the behaviour of crowds at sporting events, outdoor music festivals, and “unplanned” events — i.e. riots. One of the techniques that will be researched as part of this study will be “targeting influential individuals” at similar types of public gathering.

Nick Pickles, the director of British civil liberties activist group Big Brother Watch, said of the new DSTL research funding, “People will rightly want to know why the Ministry of Defence is investing in research that clearly carries significant privacy implications. These areas of research also highlight how badly in need of reform the wider legal framework governing surveillance activities is, particularly given the apparent interest in using social networks and Internet-connected sensors to track and analyse people.

According to the Guardian, previous DSTL-funded postgraduate programs did not purely take the form of an academic grant, but included the researchers spending time at DSTL headquarters themselves. In the words of the DSTL website, “Universities benefit from DSTL experts as lecturers or in supervisory roles, and DSTL benefits with access to specialist facilities, research and expertise.”