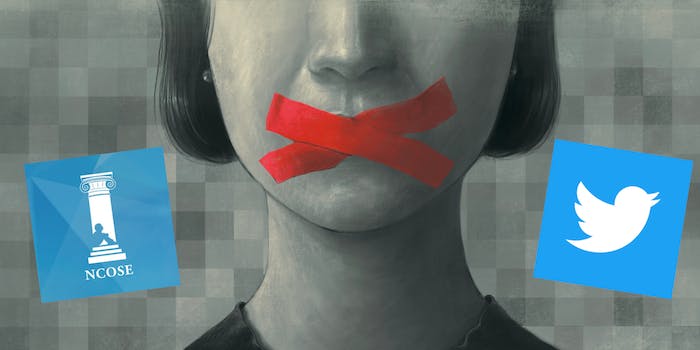 The National Center on Sexual Exploitation (NCOSE) filed the federal lawsuit, along with two law firms, the Haba Law Firm and the Matiasic Firm, against Twitter on Wednesday.

The lawsuit was filed on behalf of an anonymous minor who alleges Twitter knowingly refused to pull sexually explicit images of him posted on the platform without consent. The images were originally catfished from him by strangers on Snapchat who pretended to be his age, adult industry news site XBIZ reports.

“This lawsuit seeks to shine a light on how Twitter has enabled and profited from CSAM (child sexual abuse material) on its platform, choosing profits over people, money over the safety of children, and wealth at the expense of human freedom and human dignity,” the lawsuit argues.

NCOSE’s lawsuit relies on SESTA-FOSTA, the anti-sex trafficking law that led to the widespread deplatforming of sex workers across websites such as Reddit and Craigslist. SESTA-FOSTA ended internet services’ immunity for civil action lawsuits arising from sex trafficking.

XBIZ notes that NCOSE is “the oldest and most powerful of the lobbies currently attempting to ban all sexual expression online” and that the “pro-censorship group was founded by clergymen in 1962.” NCOSE has previously targeted queer adult video games on Steam and copies of Cosmopolitan in Walmart.

XBIZ News Editor Gustavo Turner, the article’s reporter, told the Daily Dot that NCOSE believes the “majority of depictions of lawful sexual activity or commercial sex fall under ‘human trafficking.'” The civil action case is an extension of NCOSE’s goal: “the eradication of all free sexual expression” from “public discourse.”

“The Twitter lawsuit NCOSE is sponsoring has two aims: to test the exception to Section 230 that FOSTA created for matters supposedly dealing with what they call ‘human trafficking,’ and to pressure Twitter into preemptively [adopting] a corporate censorship stance regarding all sexual material,” Turner said. “The rationale behind NCOSE’s tactic is that if a platform, because of the sheer volume of third-party content uploaded, cannot verify the ‘consenting’ and/or the ‘adult’ parts of sexual content, it should preemptively ban all of it.”

The lawsuit purposefully pushes Twitter toward purging sex workers and sexual content, as it “makes allegations against the social media platform that mirror the campaign to shut down adult classifieds site Backpage.com,” XBIZ reports. Backpage.com was previously shut down on similar allegations that it enabled sexual trafficking. The site was “once the most accessible online marketplace for sex workers,” reporter Melissa Gira Grant wrote for The Cut, noting how online advertisements on Backpage.com helped providers screen clients, control their workspaces, and earn an income.

“Legislation like FOSTA provides a legal avenue for a few people while harming many sex workers AND survivors,” Blunt said. “Sex workers and survivors need access to resources, like housing, income, community, physical and mental health care—not legislation like FOSTA, which makes these resources less accessible and increases our exposure to violence.”

Even if NCOSE’s lawsuit does not pressure Twitter to ban adult material, other attacks on Section 230 protections could deplatform sex workers and adult content creators in the near future, such as Congress’ Stop Internet Sexual Exploitation Act. While SISEA died in committee at the end of the 117th Congress, Sen. Jeff Merkley (D-Ore.), the bill’s co-sponsor, has expressed interest in reintroducing SISEA later this year.

“In 2021 we will continue to see bipartisan attacks on Section 230, despite Congress’ negligence in studying the impact of previous amendments to Section 230,” Blunt said.

Twitter declined to comment on the pending lawsuit, but in a statement to the Daily Dot reiterated it has a “zero-tolerance” policy for child sexual exploitation on the platform

“This federal lawsuit is about protecting children from sexual exploitation and holding Twitter to account for violating the law and its own policies,” Gentala and Haba told the Daily Dot. “Twitter has a legal and social responsibility to proactively stop the sexual abuse of children on its platform.”