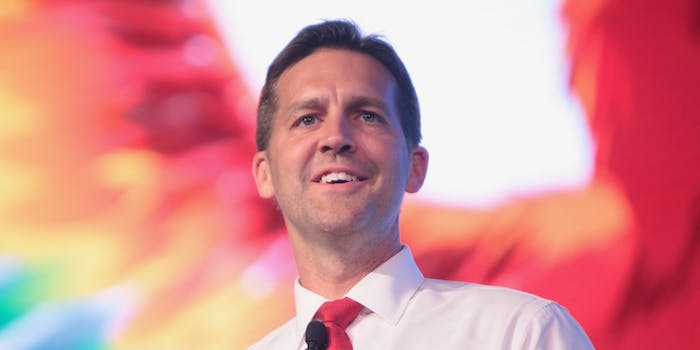 SISEA requires companies to establish 24-hour hotlines for take-down requests by victims, and demands that sites remove content within two hours of a request. It also bans downloads entirely, as well as re-uploads of content that’s been taken down under the act.

It additionally requires the attorney general to create a database of all individuals who don’t consent to having their images uploaded. Internet companies must “ensure that no individual who appears in the pornographic image is listed in the database” prior to allowing content to be posted. For each piece of content, they must upload signed consent forms that include performers’ ages, names, the content the form applies to, and where it can be distributed.

Financial penalties for violations are also severe. Sites that host content without a consent form can be fined up to “$1,000 for each day or fraction thereof during which a pornographic image is hosted on the platform.” These funds are earmarked for the attorney general’s office to provide services to victims, including mental healthcare, medical care, and legal services.

Further, under SISEA, victims can sue platforms. Such lawsuits would be subject to strict liability, meaning that a plaintiff need not prove actual harm or negligence by the platform to be compensated.

Even absent these financial penalties, the 24-hour hotline, two-hour removal window, and database requirements are so onerous and expensive that most, if not all, websites would be forced to stop hosting pornography altogether. This impacts not only the companies themselves, but also the sex workers who make a living on sites like OnlyFans, which has gained a significant following in the last year.

SISEA would likely have a disproportionate impact on marginalized sex workers, such as transgender people and racial and sexual minorities, for whom the internet provides a safer means of earning a living in what is a particularly dangerous profession for such groups.

SISEA also forces sex workers to reveal their true identities to the government, a less-than-enticing prospect for many.

Sex workers, their allies, and advocates for internet freedom alike have joined voices in opposition to this far-reaching bill. “Now is not the time to target sex workers,” commented one of thousands tweeting #StopSISEA. Many are urging people to contact their representatives in Congress.

The vast majority of people agree that revenge, child, and sexual assault pornography is a scourge on the internet. But SISEA is, to many, the legislative equivalent of using a hammer to remove a fly from a friend’s forehead.

“The moral conservatives of the world are uncomfortable with something that in no way affects them so they are trying to take it away from everyone,” commented one advocate.