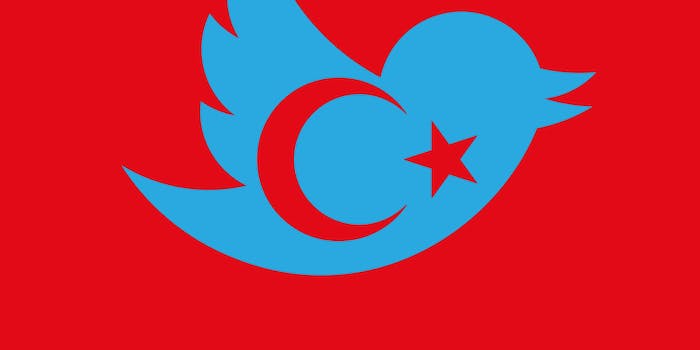 Twitter's back in Turkey. Just be sure to only say nice things.

Turkey‘s controversial ban on Twitter may have lifted, but it’s still a dangerous country from which to tweet.

A man referred to as “Ertan P.” has been sentenced to 15 months in prison for maintaining a Twitter account that jokingly pretended to be God. It used the handle @allahcc, with “CC” a reference to the Arabic phrase “Celle Celaluhu” a refernce to God’s glory.

According to Turkey’s Hurriyet Daily News, Ertan, a schoolteacher, claimed he’d been hacked. While that claim didn’t hold up in court, the account has since been gutted. It appears to have been taken over by someone else, and only one tweet remains: a 2012 reference to actually being run by a different account. That account did not responded to the Daily Dot’s request for comment:

Twitter atheism is a tough racket in Turkey. In September, renowned pianist Fazil Say got a 10-month sentence for tweeting a few anti-Islamic sentiments.

An English-language Twitter account with the same general sentiment, @TheTweetofGod, remains both anonymous and followed by more than 1.3 million people. Whoever runs that account felt a little sympathy for Ertan.

I don’t know why but for some strange reason I feel sympathy for, and outrage on behalf of, this man. https://t.co/jvyK2bHZJZ 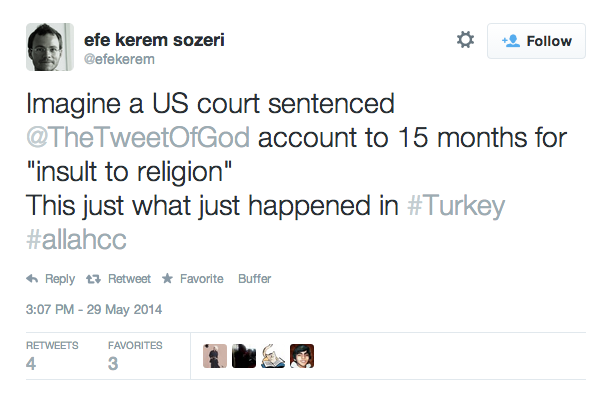