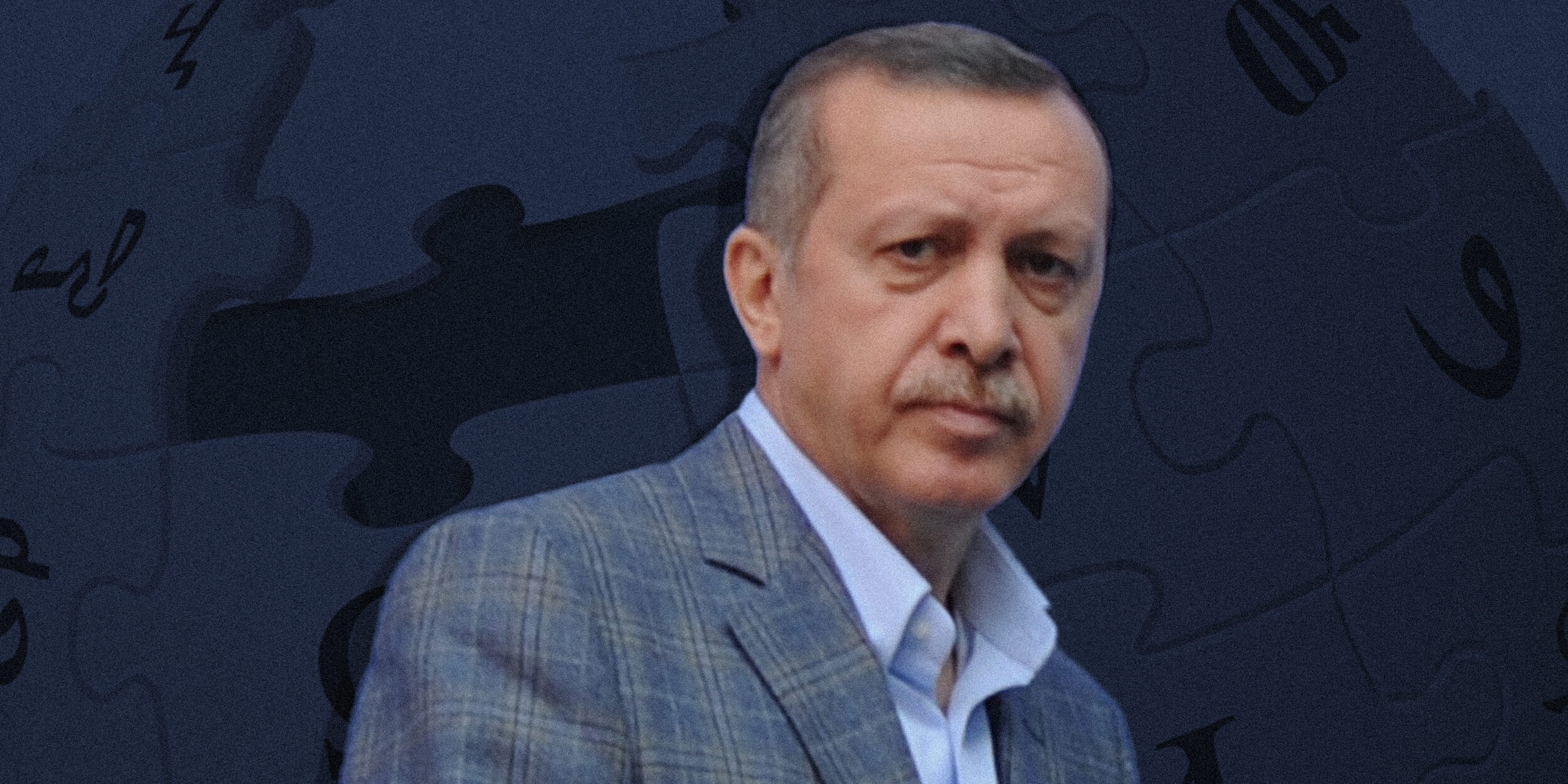 Turkey has censored all of Wikipedia over cited articles that potentially paint the county's government in a negative light.

Last week, the Turkish government banned access to “Wikipedia.org” nationwide, blocking more than 5.4 million articles in 296 languages, including the Turkish edition. But unlike Turkey’s previous bans on social media companies or cloud services that aimed to hide content from Turkish internet users, the Wikipedia ban aims to force the encyclopedia into deleting English language articles that are damaging Turkey’s international image.

Confirmed: All editions of the #Wikipedia online encyclopedia blocked in #Turkey as of 8:00AM local timehttps://t.co/ybFolRmsOs pic.twitter.com/hI9tn4bHe5

The two articles on the English edition of Wikipedia that caused the ban are “Foreign involvement in the Syrian Civil War” and “State-sponsored terrorism,” which cite more than 40 news reports about Turkey’s support or tolerance to the Salafist groups among the Syrian armed opposition. Since some of these groups are designated as “terrorist organizations” by the United Nations and the United States, most reports were critical of Turkey’s role in the Syrian conflict.

Turkey’s Ministry of Communication accused the online encyclopedia for being part of a “smear campaign against Turkey.” The government-appointed internet authority (ICTA) tweeted that Wikipedia is banned because “the content that falsely claims Turkey’s support for terrorist organizations” was not removed, and efforts to edit them “with accurate information” were not allowed. Speaking to the pro-government media, Turkey’s Communications Minister Ahmet Arslan said the government “sent documents about the truth” to Wikipedia, but “[Wikipedia] did not publish them.” ICTA’s president, Ömer Fatih Sayan, claimed the sources cited in the articles are “fabricated news.” These sources include the New York Times, Guardian, BBC, Reuters, Huffington Post, Independent, Telegraph, Jerusalem Post, RT, Deutsche Welle, and London Review of Books.

While anyone can edit Wikipedia, the online encyclopedia has a policy of citing only published, reliable sources and does not allow original research for verifiability.

Access to information is a fundamental human right. Turkish people I will always stand with you to fight for this right. #turkey https://t.co/cszumCyc1T

According to Turkey’s Internet Law, the government can ban online content on “national security and public order” grounds, and the internet authority can widen the URL-based bans to domain names if banning a single URLs is technically not possible —such as for websites like Wikipedia that use secure HTTPS connection. As per law, government bans are subject to judicial review.

The designated Ankara 1st Criminal Court approved the ban on the “Wikipedia.org” domain within the same day, signing its 2,956th order this year. This fast track censorship of online content had been criticized by legal scholars Yaman Akdeniz and Kerem Altıparmak for lacking judicial qualification. Talking to Voice of America, Altıparmak said the local court’s ban violates Turkey’s obligations under international law. The duo has appealed the ban.

Here is the reason why Wikipedia is blocked/censored from Turkey. Yaman Akdeniz and Kerem Altıparmak appealed against the decision today. pic.twitter.com/0EcPPqCKdy

Although Wikipedia has been completely or partially censored in several countries, the attempts by governments to directly interfere with Wikipedia content have so far failed due to encyclopedia’s open-editing policy. But page histories of the two articles show vandalism attempts by users deleting all information regarding Turkey’s role in Syria. At least two of the attacks after the ban came from IP addresses registered in Turkey—the capital Ankara and the city of Kocaeli—while a paragraph on civilian deaths caused by Turkish soldiers was removed earlier by an editor employed at Turkish state broadcaster TRT World.

After repeated attacks, both of the articles are currently under protection, allowing only trusted Wikipedia users’ to edit them.

Turkey Blocks, the censorship-monitoring group, notes that, after the ban, users from Turkey will have fewer opportunities to edit content about Turkey, including the legitimate attempts to improve articles with accurate information, due to Wikipedia’s vandalism-prevention policy that blocks anonymous edits made via VPN connections.

In 2014, Turkey’s largest internet provider, TTNet, censored Turkish articles for “penis” and “vagina”; and in 2015, the country’s Election Board issued an order to ban the article that listed recent election polls. In both cases, only access to the regular HTTP versions of the pages was banned, while HTTPS versions remained unaffected. Turkey’s current Wikipedia ban covers all access to the online encyclopedia and will remain permanent unless overturned by an upper court.