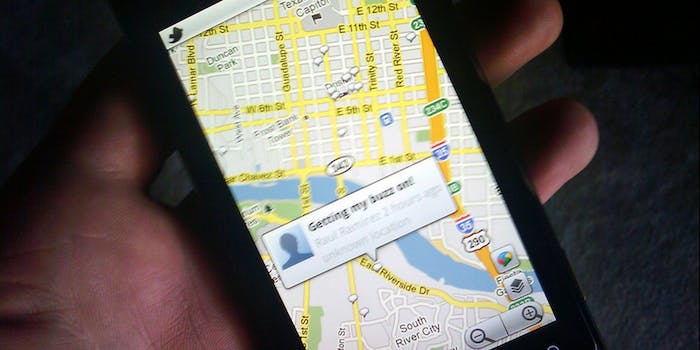 For those of us who can’t afford a car with built-in navigation but who can afford a smartphone, map apps from companies like Google and Apple have become indispensable. However, the use of such handheld navigational aids can pose many of the same risks as texting while driving.

Now the federal Transportation Department, already engaged in a massive legislative and public relations campaign against texting while driving, is asking Congress for the authority to regulate map apps to improve highway safety. The question now is whether the Transportation Department can actually come up with any enforceable, meaningful restrictions.

A measure authorizing the National Highway Traffic Safety Administration (NHTSA) to regulate map apps has already been included in the Obama administration’s proposed transportation bill. The language, which will no doubt undergo much debate and revision in Congress, permits the NHTSA to set restrictions for handheld navigational aids and later order changes if products are found to be dangerous. This level of regulatory authority is similar to the Transportation Department’s current oversight with regards to mechanical features of motor vehicles.

The proposal enjoys the backing of auto manufacturers, which mostly already comply with voluntary guidelines for built-in GPS devices. These companies would no doubt like to see map apps—their primary competitor in this area—forced to meet equal standards.

However, the measure is opposed by tech companies, who argue such regulations would be impractical and hard to enforce. Catherine McCullough, executive director of the Intelligent Car Coalition, an industry group opposing the legislation, said the NHTSA doesn’t have the resources to keep up with such a rapidly changing industry.

“They don’t have enough software engineers,” McCullough told the New York Times. “They don’t have the budget or the structure to oversee both Silicon Valley and the auto industry.”

However, Transportation Department officials say that’s no excuse not to address the underlying safety issues raised by using a phone while operating a motor vehicle. For years, the department has led a nationwide advocacy campaign urging drivers to put down their phone. The department has also backed legislative efforts, state-by-state, to ban texting while driving.

Map apps present a sort of legal grey area in terms of distracted driving. This ambiguity was highlighted in the case of Steven R. Spriggs, a California man who received a $165 ticket two years ago for using his iPhone to get directions while in stop-and-go traffic. It is legal to use a paper map while driving; however, the officer who pulled Spriggs over refused to treat his iPhone map as a paper map. Ultimately, Spriggs won an appeals court decision upholding his right to use the phone as a map.

Regardless, the Transportation Department still claims it has the authority to regulate navigation aids as motor vehicle equipment regardless of whether or not they’re actually part of the vehicle.

Last year the department released a set of voluntary guidelines for automakers, specifying that map apps should take no longer than two seconds for a single interaction and no more than 12 seconds total.

But the department is looking for more leverage to mandate these and other restrictions. Twice last year, NHTSA Administrator David L. Strickland told Congress that map apps could be “classified as motor vehicle equipment,” arguing that the current definition can include periphery electronic devices like key-chain remotes.