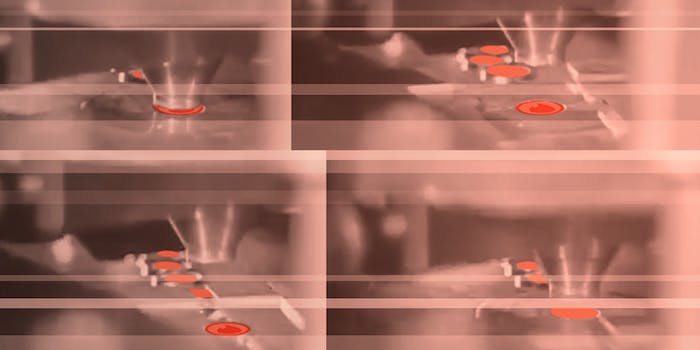 Auto-likers play the numbers game with your Tinder account, but does it actually work?

A few weeks ago, when my roommate mentioned in passing that he was going on a Tinder date that evening, I was excited. As someone who’s in a loving relationship of over a year thanks to the dating app, I always jump at the chance to boast that my own meet cute was all thanks to a simple right swipe. But Mike informed me that no swiping went into this date, not on his behalf at least. This match was computer-generated, and not just because it took place on an app. Mike is one of the growing Tinder users hacking the system with auto-likers.

As an entrepreneur who subscribes to lifehacks and time-savers from self help gurus like Timothy Ferriss, Mike sought to tackle Tinder with the mentality of outsourcing the swiping process entirely. “I see it as one step in doing a logical thing, which is saving time,” Mike told me. After only a day on Tinder, he began searching for applications that would automate the matching process entirely. When he came upon Tinder Auto Liker, he was sold. “It think it feels good to not have to do anything but still get results,” he said with a laugh that lingered somewhere between joking and cockiness.

The idea is to throw mud at the wall and to see what sticks. It’s a numbers game, in which you declare attraction for anyone and everyone and see who bites.

Apps like Tinder Auto Liker and other do-it-yourself coding options signify a growing trend of people trying to game online dating. While representing the luddite principle of literally swiping right on each user, these auto-likers save time and arthritic pain by automating the process entirely. These programs “like” (or swipe) all candidates within the users given sex, age, and location parameters, thus resulting in an inbox full of hundreds or even thousands of matches in minutes without literally lifting a finger.

Tinder Auto Liker, the brainchild of Irish app developer Georgie Casey, is the most readily available automation option for those who don’t have an innate coding knowledge. Since Tinder matches are largely based on initial attractions to a user photos, he sought out to trick the system. “Tinder is a tough game for the aesthetically challenged. So I decided to code a quick app to automate the process,” he told the Daily Dot.

Casey looks to serve a community that gets overlooked in the maylay of the swiping process. He describes his app’s demographic as the “aesthetically challenged of both genders who know you’ve got to kiss a lot of frogs to find their prince/princess! That’s corny but true. No guy or girl who’s really good looking uses the auto-liker, their phone would be blowing up and unmanageable.”

The app is currently only available for Android through Casey’s site, with an iOS option launching in mid-July. However, Tinder Auto Liker was pulled from the Google Play store after being flagged by Tinder. His isn’t the only app to have issues in an app store. Another, Tinder Liker, claiming “This app will autolike everyone,” was pulled from the Android market but is still available on third party sites.

Yet, for those who wish to circumvent app stores entire, there is a more do it yourself approach. An article that surfaced on a coding blog in the spring outlines how to write a script that creates an auto-liker bot using an app called Tasker.

But regardless how you automate your Tinder swipes, you’re still in violation of the “Prohibited Activities” section of the Terms of Service, which forbids users from doing the following:

… Use any robot, spider, site search/retrieval application, or other manual or automatic device or process to retrieve, index, “data mine”, or in any way reproduce or circumvent the navigational structure or presentation of the Service or its contents.

At the time of publication, Tinder had not responded to multiple requests for comment on auto-likers and automated swiping hacks.

Regardless of the politics of automation or which app you use to arrive at an inbox full of automated matches, what is to be said about the success of auto-liking? For some such as Mike, these applications tend to end up presenting more challenges than solutions; the glut of matches can be overwhelming.

“It’s gotten to a point where it’s out of control. I don’t even wanna touch my Tinder anymore, because it’s so crazy… I have so many matches with so many people who are not even qualified. My reasoning for this in the beginning was I would get all the matches, and that’s when I would spend the time to filter. But now, I have so many that I don’t even want to spend time to filter.”

Tinder Auto Liker’s creator Georgie Casey told the Daily Dot he went on two dates that were results of auto-liking, but those ultimately lead nowhere. While all of Mike’s dates have been thanks to app, they’ve been met with varying degrees of success. He’s stopped disclosing to his dates that they were matched thanks to automated swiping because of the negative response he was experiencing. Casey does offer a glimmer of hope in the bleakness of a swamped inbox. One user emailed him saying “he eventually found his girlfriend because of the auto-liker, his Tindarella lol. He was very grateful.”

Amber Gordon, who runs the popular dating fail-blog, why do I online date?, offered a female perspective on this largely male-dominated trend. “I think there’s something wrong if you have an app and you need an additional app to fulfill the purpose of the first app,” she posits. Gordon finds automated liking systems to be counterintuitive to the entire purpose of Tinder, which is for two parties to match based on an initial mutual attraction. “For people to just swipe right, it defeats the purpose and It makes the app basically useless for women such as myself.”

Mike says he’s started swiping more, while Casey is sick of the app entirely and actually deleted Tinder. But for many more, especially those inclined to use the app for hookups, an inbox full of matches without any effort is certainly tempting. That male mindset is exactly what has caused Gordon to contemplate deleting the app on multiple occasions. Certainly as dating incorporates itself more fully into the Internet and applications, we can expect to see many more people trying to hack their way to dates.