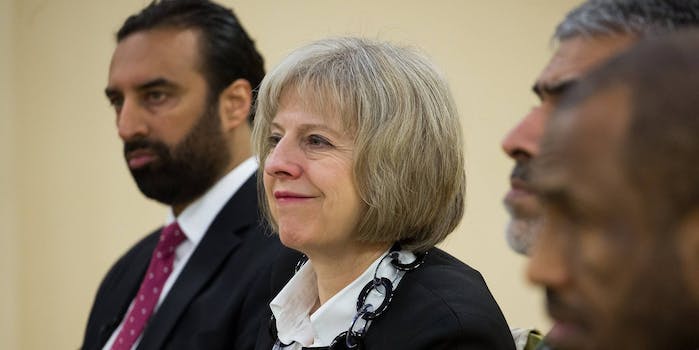 British prime minister Theresa May wants to fire people who leak info, and here’s how we know it

It was bound to happen.

British Prime Minister Theresa May is not a fan of government leaks.

More than a week after Britain introduced an intrusive spying law that Edward Snowden called the most stringent in the history of Western democracy, cabinet secretary Sir Jeremy Heywood wrote a memo to senior officials, via QZ.com, that read:

Leaking is corrosive and undermines trust and good government. Leaks are never acceptable but the regularity and cumulative impact of recent incidents mean we must now collectively take exceptional action. The Prime Minister has directed that we urgently tighten security processes and improve our response to leaks.

As the Daily Mail noted, Heywood also wrote that anybody caught leaking could be fired even if national security wasn’t at risk and that May wanted her security officials to seize cell phones and emails of anybody who was suspected of doing so.

That memo reportedly was released only in hard copies instead of by email, presumably to lessen the chances of it falling into somebody else’s hands.

But now we know all about the memo and the intentions behind it, thanks to the Daily Mail. And why is that?

Because somebody leaked it.