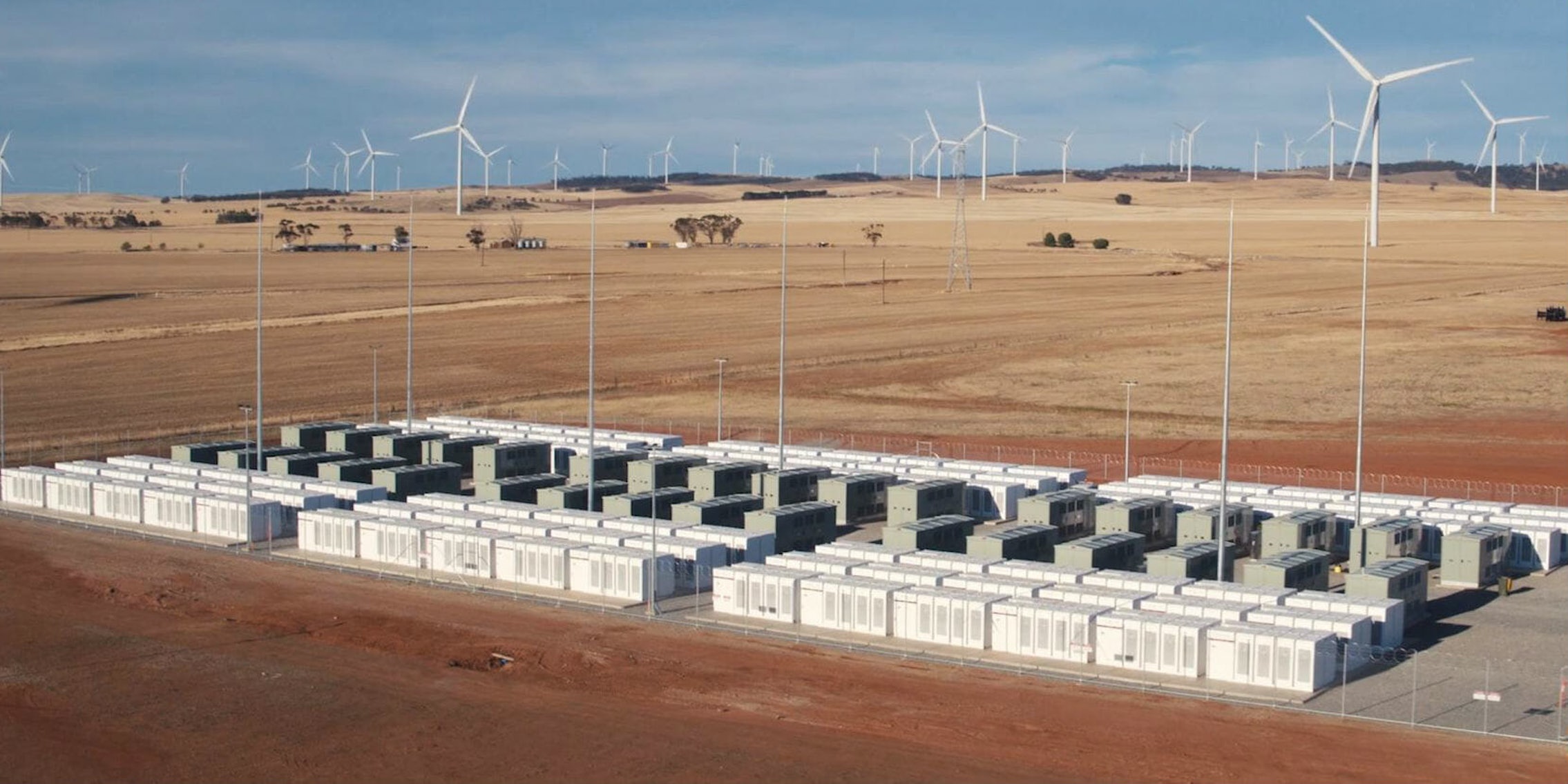 It's responding to outages in record time.

A month ago, Tesla announced it had completed installing the world’s largest lithium-ion battery near a wind farm in rural Australia. Local officials had high expectations for the newly installed energy packs, which they hoped would help mitigate outages like the one in 2016 that caused 1.7 million residents to lose power. Now it appears Tesla’s energy system isn’t just achieving those goals, it’s overperforming.

In the past few weeks, the Hornsdale Power Reserve, which houses the 100MW batteries, responded quickly—in just 0.14 seconds—to outages at the nearby Loy Yang thermal power station, according to the International Business Times. The Tesla battery offered backup in around 4 seconds during a similar outage at the same plant just one week prior. State officials called its response time “a record,” according to local media.

The ambitious project of creating record-shattering battery packs started on Twitter. In March, Tesla CEO Elon Musk made a bet with Atlassian co-founder and billionaire Mike Cannon-Brookes that he could build a system of batteries in 100 days, or he’d pay for it out of pocket. The clock started winding down in September but the promise was fulfilled an entire month short of its deadline, meaning Tesla didn’t have to pay for the estimated $50 million installation costs.

The Tesla Powerwall units that are connected to the Hornsdale wind farm store excess energy during non-peak hours and release it when needed, like during outages. They are capable of powering 30,000 homes at one time, though only for short periods—long enough for other backup systems to take over when they’re ready.

Tesla expressed its desire to install similar setups in other countries facing energy shortages. “We are proud to be part of South Australia’s renewable energy future, and hope this project provides a model for future deployments around the world,” a spokesman said.

The company best known for its electric vehicles already powers the entire America Samoan island of Ta’u and recently sent Puerto Rico hundreds of batteries to help it recover from the damage caused by Hurricane Maria.