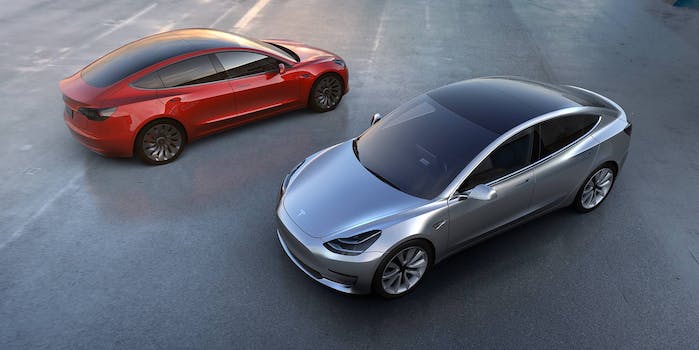 Assuming everyone who dropped the refundable $1,000 down payment on a Model 3 (limited to two per customer) comes through, roughly $7.5 billion worth of cars were theoretically sold, according to Musk.

The Model 3 had been long anticipated, especially for those waiting to jump on the electric car revolution. Starting at $35,000 before incentives, it’s a far more affordable option than the Model S, which starts at $69,900.

While the Model 3 may not be as ludicrous as the Model S, it still boasts a 215-mile range, a 0-60 time of under six seconds, and is rear wheel drive. Unlike the Roadster or Model S, it sports more steel materials than aluminum and carbon fiber, leading to its cheaper cost. Really, the Model 3 is trying to compete with the BMW 3 series, Audi A4, and Mercedes-Benz C-Class. It wants to straddle the line of a dependable daily driver with some sporty punch packed in.

Even with the tremendous demand, Tesla isn’t out of hot water yet. The company has brought about great innovation, but sales have not been enough to put the company in a better financial position. According to Musk, Tesla will need to push 500,000 vehicles a year until 2020 to become profitable.

Considering Tesla moved 50,580 vehicles in all of 2015, it seriously needs to ramp up production to keep pace with demand. Musk did tweet out that the company is already looking at ways to facilitate that.

It’s a difficult goal, but if Tesla pulls it off, it will be one of the greatest American automotive success stories since Ford.