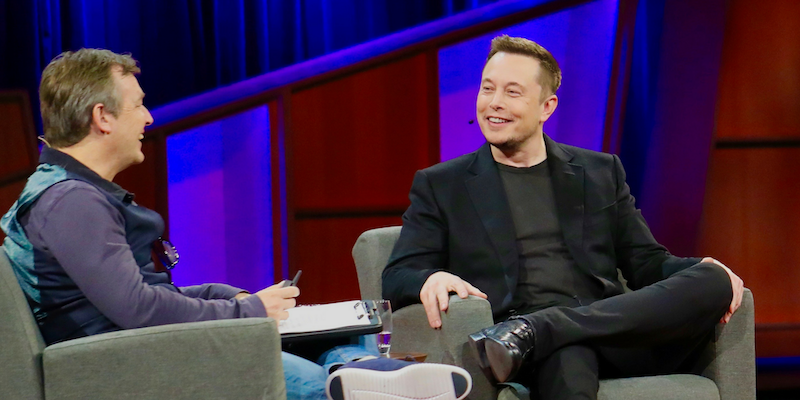 Tesla is in the process of ramping up their annual Model 3 production but is expected to go through “at least six months of production hell” to do so, CEO Elon Musk revealed Friday.

At a press conference before the Model 3 handover event, Musk reiterated that the company is aiming for 500,000 units annually by the end of 2018. However, compared to the production challenges faced with the original Roadster, the Model 3 sedan, and the Model X SUV, Musk said, via Business Insider, that a trip through hell will be easier to navigate.

“We’re going to go through six months of production hell. It’s going to be pretty great, but it’s going to be quite a challenge to produce this car,” Musk said.

To ramp up production in an efficient manner, Tesla is starting with a single-configuration car and then adding more complicated features as production moves along the S-curve—Musk’s concept for difficult production followed by ease and then production volume. Currently, Musk said Tesla can make an estimated 250,000 Model 3 cars in the same space it takes to make 50,000 Model S cars, with the simplified process speeding up the manufacturing process, according to TechCrunch.

The car’s interior is simple with a single screen, with no header behind the second-row seats to open up space for passengers. As opposed to the all-aluminum bodies of the Models S and X, the Model 3 will be half aluminum and half steel. The first production of vehicles will also only have single-motor, rear-wheel-drive instead of dual-motor, all-wheel-drive, as well as a more expensive battery pack with a less expensive pack to follow.

“We learned a significant amount of lessons with 3,” he said, referencing the vehicle’s minimalistic design. “There’s nothing in that car that doesn’t need to be there. Everything has a compelling reason.”