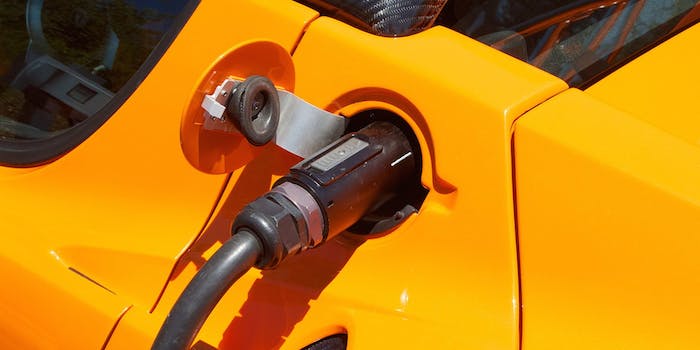 Tesla is making a battery for your house

The car company wants to green your home, too.

Elon Musk, founder of Tesla Motors, doesn’t just want his cars to change the way people travel while supporting a greener planet. Now the genius entrepreneur wants to put the company’s car batteries in our homes.

On Tesla’s earnings call Wednesday, Musk said the company is building a battery for the home using its lithium-ion battery technology, the Verge reported. The company could start producing the home-ready batteries in as little as six months.

Tesla has already completed the design of the battery, which will be made available for use both in the home or in businesses.

The idea is you could use a Tesla battery to power your home, removing the need to pay a utilities company. And when paired with solar panels or other clean energy tech, your home could both save energy and money.

Tesla isn’t the first company thinking about the ways car technology could go beyond the garage. People can plug their home into the Toyota Mirari to use the vehicle’s hydrogen fuel cells, which can power a U.S. home that uses minimal electricity for up to five days.

But perhaps this year we’ll be able to make our homes a bit greener, without having to fork over tens of thousands for a car.