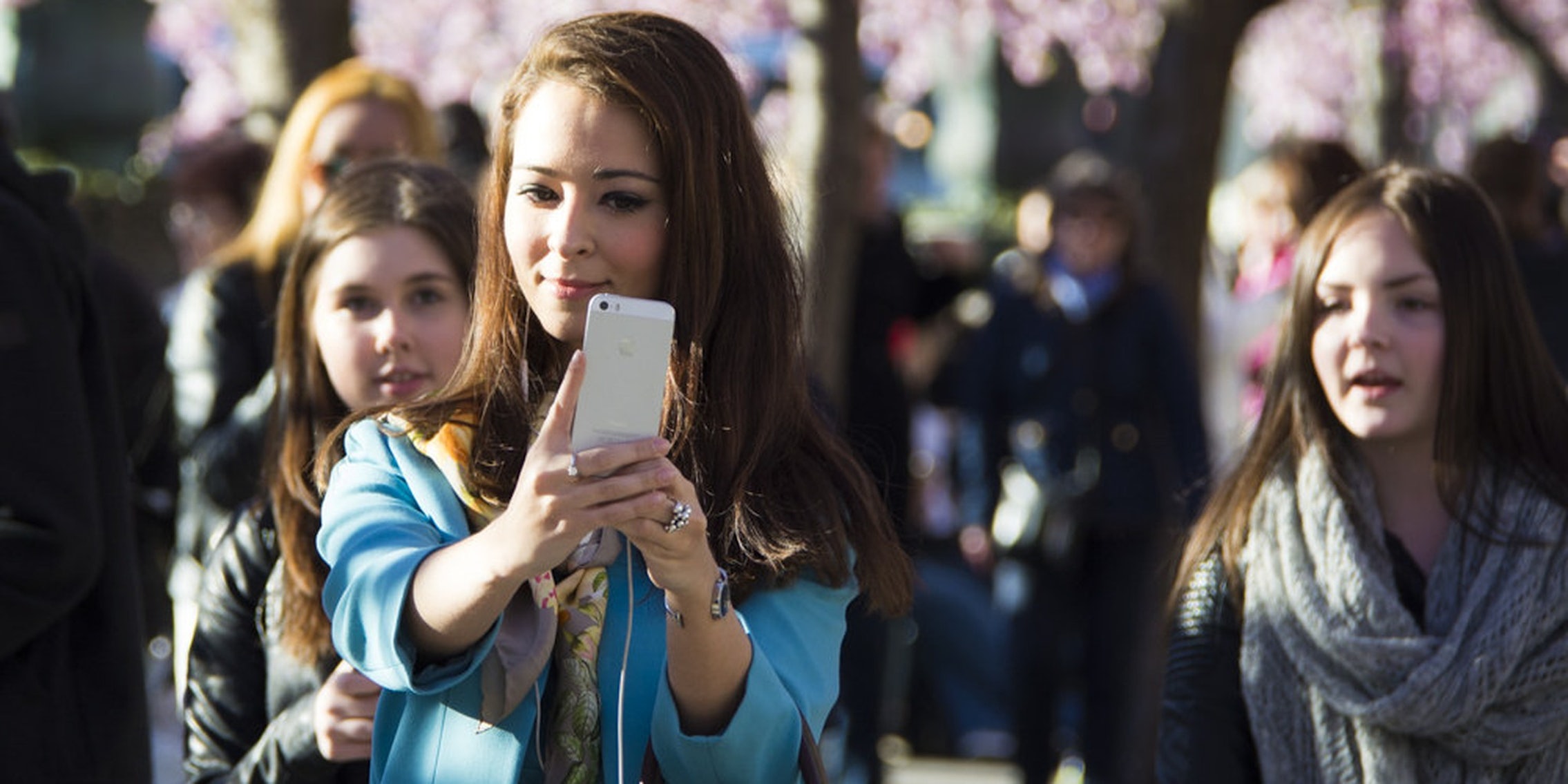 Teens on Snapchat DGAF about ads, ignore the Discover tab

The Discover tab is a dead zone.

Everyone knows where young people are spending their time on mobile: snapping selfies and befriending strangers through disappearing messages. Snapchat is where the kids are, and advertisers, brands, and publishers want access to those eyeballs.

Though advertisers and brands might still be eager to pay for people to look at their photos and videos, the fact remains: People just don’t seem to care about ads on Snapchat—especially teenagers.

“I’ve only flipped through it a handful of times,” Kim Hoyos, 19, told me. Hoyos regularly checks out Stories from live events, but avoids the Discover tab, Snapchat’s swipe-right brand hub. “If anything I find it tedious. It’s an extra screen layout that just lags the app at times.” When the “Discover” tab launched, as a standalone area for viewing photos and videos from brands and news organizations, it was heralded as “the biggest thing in news since Twitter,” and the company felt so confident with its potential popularity, it charged twice as much as premium video ads and exponentially more than traditional Web advertising.

Now, almost four months later, ad prices have plunged to just two cents per view on Discover, and the company stopped letting advertisers pay for real estate with “Brand Stories,” instead focusing on amplifying Stories—a series of snaps that exist for 24 hours—connected with events.

I talked to a number of teens about their daily Snapchat habits, leading off with the question, “What do you use the Discover tab for?” Every single one said they never look at it. And the same goes for most branded stories. Like any other social site, teenagers are looking for content relevant to their interests, and it’s easy to ignore things that take a physical act of tapping a screen to view.

However, where Snapchat excels is providing behind-the-scenes content to viewers who might be watching live events. During the Coachella music festival this year, over 40 million people watched Snapchat Stories from the event.

In an effort to amplify the Stories feature with regular programming, Snapchat is partnering with Major League Baseball to provide weekly updates from teams around the country. There’s no money on the table for either Snapchat or the MLB, the Wall Street Journal reports—for now, each entity is just hoping to make people care about baseball every week.

In an interview via Snapchat text message, 16-year-old Sarah Dickson said she never looks at the Discover tab, and neither do her friends, while 19-year-old Miranda Bucciero said with a frown emoji via Facebook Messenger that she never taps it, either.

So what are teenagers looking at? Mostly content from friends, celebrities, and content creators like Jerome Jarre, who have gained millions of fans simply by sharing photos that disappear.

“There are a few cookie decorators that recently made Snapchats, like within the last month, that I added to see their Stories because they were doing ‘tutorial’ type stuff, but they moved to Periscope,” Bucciero said. “I usually ignore [Stories] because I feel like it would just be more ads…I don’t even really watch my friends Stories anymore because I feel like everyone just clicks add to Story and it’s all snaps I see anyways.”

The issue with branded stories is that there is no way designate what topics you’re interested in. In my Stories feature right now, I see “New York City,” and “Warsaw,” as two user-generated features I can scroll through to see what’s going on. The problem is, I’ve never been to Warsaw, and I have no idea what it’s doing in my Snapchat list. And on the “Discover” tab, there’s no way to search through the relatively small selection of media—I just hope something I’m interested will be included.

Casting a broad advertising net and hoping a small portion of users will view it is not a winning strategy for brands or consumers. If Snapchat provided a way for people to customize their interests and then distribute ads that directly align with their likes and dislikes, maybe more people would be watching Stories or scrolling through Discover.

In the meantime, teens will continue to ignore Big Brands on Snapchat, unless they explicitly follow their content. Because it’s just so easy to do so.