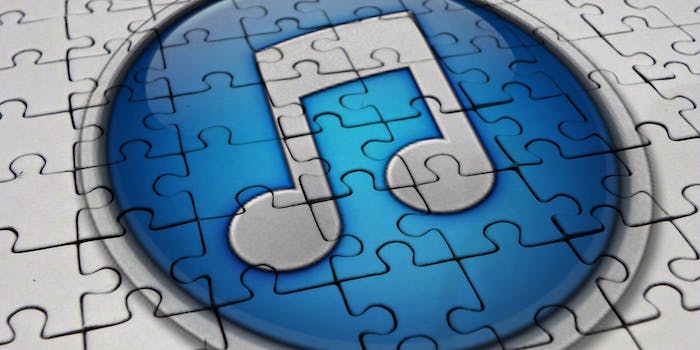 The 5 most important acquisitions that built Apple’s music empire

Apple may buy another thing to make iTunes not suck, but we still can't explain Ping.

As Apple’s once innovative way to find and play music, iTunes had a time and a place—both of which are long gone. In its second major music technology acquisition, Apple is reportedly buying Swell, an iOS app that creates predictive streams splicing together podcasts and talk radio.

The deal, reported by multiple ever-accurate sources to Recode, is said to be worth $30 million—pocket change compared to the $3 billion Apple paid for Beats, and hardly a dent in the record $165 billion in cash the company holds. Apple’s own podcast app is abysmal at best. Swell’s 4.5 star-rated iOS app with its slick interface and smart suggestion engine could seal up one leak in Apple’s forthcoming music/audio reinvention on the cheap.

Apple used to own music, When the iPod really started taking off in 2005, Apple became king of whatever music was growing into—we didn’t really know yet back then. But when we think of Apple, a brand beyond more than the sum of its parts, we don’t often consider what those parts are exactly.

The company that sparked a digital music revolution a decade ago didn’t always buy up flashy companies like Dr. Dre’s Beats. But its reign as digital music’s visionary, now challenged by streaming upstarts like Spotify and Rdio, was actually built on a series of small, smart music technology acquisitions. Here’s how Apple’s audio empire was born.

The remix that started it all. The SoundJam MP deal, subject to a two year secrecy clause, built the foundation of iTunes, which debuted a year later in 2001. Like Winamp for Windows, SoundJam MP was a well-loved MP3 player for Mac that let users play tracks jukebox style. Some of the hallmark features that defined iTunes over the years like the visualizer, drag and drop playlists and that brushed aluminum skin style were culled from SoundJam MP.

While it courted the mainstream with consumer-friendly music products, Apple also decided to take an interest in music pros. The acquisition of Emagic would evolve into Logic Pro, Apple’s digital music production suite, now in its 10th edition. Logic Pro invites music makers to “write, record, edit, and mix.” A former Emagic sound engineer, Gerhard Lengeling, brought on in the buy actually went on to build Garageband, Apple’s suite of entry-level music tools that put Logic’s sound engine to good use as well.

Prior to Beats, Lala was Apple’s most buzzed about music acquisition. Lala, a streaming and cloud-syncing music service, was remixed into what later became iTunes Match in 2011, Apple’s somewhat misguided stab at making a cloud music service. Lala’s technology may have been rolled into iCloud, but we won’t blame it for Ping.

Two years ago, Apple very quietly bought Redmatica, an Italian company that makes audio sampling tools. We can assume that Apple blended tools like Redmatica’s Keymap Pro into Logic Pro and Garageband, which is kind of like acquisition inception.

With more than $150 billion in cash laying around, Apple’s purchase of Beats Music and Beats Electronics was smart no matter how you slice it. Whatever ends up happening with Beats, Dre and company’s young, music-savvy image reminds us of a younger Apple, one that really got music and how we wanted to listen to it.

With Beats and now Swell, we’re betting that Apple is scrambling to remix the future of music as we know—and recapture its own youth—before someone else does.