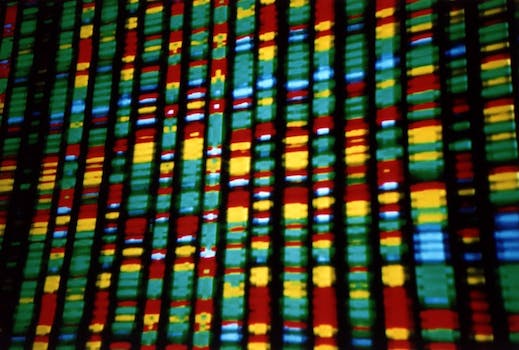 The future of storage may be in DNA

As humanity's storage needs increase scientists are looking within for solutions. The answer our DNA.

How much storage do you have around the house? A few terabyte hard drives? What about USB sticks and old SATA drives? Humanity uses a staggering amount of storage, and our needs are only expanding as we build data centers, better cameras, and all sorts of other data-heavy gizmos. It’s a problem scientists from companies like IBM, Intel, and Microsoft are trying to solve, and the solution might be in our DNA.

A recent Spectrum article takes a look at the quest to unlock the storage potential of human DNA. DNA molecules are the building blocks of life, piecing our genetic information into living forms. The theory is that we can convert digital files into biological material by translating it from binary code into genetic code. That’s right: the future of storage could be test tubes.

In April, representatives from IBM, Intel, Microsoft, and Twist Bioscience met with computer scientists and geneticists for a closed door session to discuss the issue. The event was cosponsored by the U.S. Intelligence Advanced Research Projects Activity (IARPA), who reportedly may be interested in helping fund a “DNA hard drive.”

Why would governments be so interested in such a wildly efficient form of storage? Thanks to modern surveillance technology, they’ve got an absurd amount of information to keep track of. Beyond giving them the ability to store massive amounts of information in a very small amount of space there’s the added security to consider as well. Simply put, you can’t hack a test tube.

Spectrum’s report is a thorough look at the current and ongoing process of converting data into DNA and is well worth your time. The DNA storage industry is still in its very early development stages, but it could become viable before we know it.