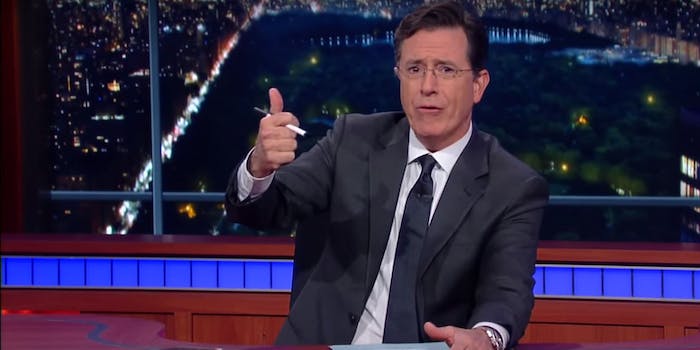 In the event that Russia cuts off global Internet access, just follow this advice and you'll be fine.

Happily, Stephen Colbert is on the case.

In a segment worthy of his old Colbert Report persona, Colbert blithely explained how to get through life if Russia used its “crab claws” to cut those Internet cables. To survive in a world without social media, there are several things you’ll need to pack—beginning with all those baby photos you’ll be missing from Facebook.