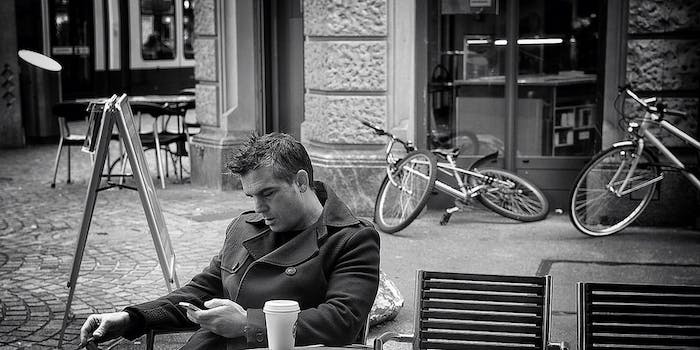 Wireless phone chargers are cool, but how many of Starbucks' customers will be able to use the ones they're installing?

The sentiment behind the customer-friendly move is great, but unfortunately, most Starbucks customers will set their phones over the wireless chargers and get a whole lot of nothing. Starbucks is installing Duracell Powermats, which is part of the Power Matters Alliance, and most phones aren’t compatible with the technology. If you have an iPhone, for instance, you’ll need to go and buy a special case, which seems like a lot more work than simply carrying your charger in your bag. If you rock a Google Nexus or a Nokia Lumia, you’ll be out of luck completely. Those phones, along with over 400 other models, have a rival wireless charging technology called Qi built in. The PMA is an organization of different tech companies with an interest in wireless charging… and Qi is a rival, not a member. PMA chargers and Qi chargers don’t work the same way, and most phones are either equipped for one or the other (or neither).

There’s no wireless charging station compatible with all smartphones, so it’s not exactly Starbucks’ fault that most customers won’t be able to use the chargers, though it’d be better if they offered a few different options to serve a wider range of customers. It’s like introducing a snazzy new drink item (the Charguccino) and using ingredients that, like, 85 percent of customers can’t drink because they’re allergic. For some (though not most) people it’s going to be awesome. For the rest it truly serves no purpose.

Also, as Computerworld pointed out, the PMA’s version of wireless charging has an open API that will allow Starbucks to gather use patterns from the phones and tablets charging on its tables, which will help the coffee company make better targeted ads. That’s probably why they went with the Powermats. (A cynic might argue that this increase in ad-targeting power is the reason behind this new service.)

Starbucks isn’t the only company experimenting with wireless phone charging as a customer outreach gesture. It’s not even the first coffee slinging franchise to do so. The Coffee Bean & Tea Leaf had pilot programs testing wireless charging in some of its locations, one test run using the Qi technology in partnership with Nokia, and another using Duracell Powermats.

McDonald’s tested Qi charging stations in Europe last year, and then tried out the Powermats in New York.  It is expected to continue expanding this project, but it’s not clear which technology the fast food titan will choose. If McDonald’s decides to go with Jay-Z’s choice, it’ll be Duracell. Yonce’s husband installed Powermats at his 40/40 Club back in 2012.

The Starbucks partnership is a huge victory for the Powermat, and an equally large loss for Qi, although it’s not a death blow, as Forbes explains. Most people at Starbucks won’t be able to take advantage of the chargers, and it’s highly unlikely people will go out of their way to purchase upgrades or accessories for their phones to make them compatible, or that they will select a new phone based on whether they can wirelessly charge them at Starbucks. If Powermats become a restaurant and fast food standard, then Qi will be screwed.

Other public-charging initiatives are going the more conventional charging route. AT&T launched an experimental project last summer in New York City by setting up solar-powered charging stations across the city’s parks and public spaces, and it’s bringing the initiative back this year (they’re not wireless charging stations, so people just plug their phones into chargers). Urban Outfitters lured teens into its store to buy poorly made crop tops by offering phone charging stations.

What’s strange is that Starbucks and McDonald’s customers would likely be just as excited if the food franchises offered boring old regular charging stations instead of wireless, especially once they realized that wireless charging stations, while cool-looking, are not compatible with most of their phones. Until charging stations are more universally compatible—and develop a more obvious edge on regular chargers—launches like this Starbucks initiative will be more hype than help.