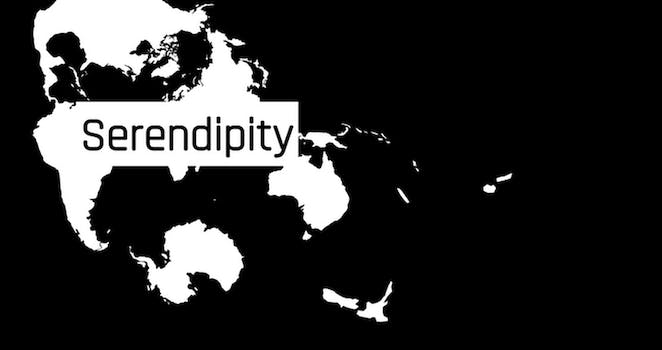 Now this is how we should be finding new friends: in a game of musical fate.

Spotify’s Media Artist in Residence program, an incubator for cool uses of Spotify data, has spawned its first hit product: Spotify Serendipity, a map that shows when two people in different parts of the world click play on the same track at the same time.

Serendipity is the creation of Spotify’s first resident artist, Kyle McDonald, who is spending his time studying “techniques from computer vision to psychology in the context of interaction.”

“Surprisingly,” Spotify’s websites says, “every second there are at least 10 pairs of people who start listening to the same song within a tenth of a second of each other. These connections can cross time zones, borders, and oceans. Other times it’s two people in the same city, unaware of each other.”

The connections that the site displays are not live. McDonald told the Daily Dot that “the realtime version is only available at spotify [sic] offices.” On the public site, matches are “cached and delayed by one day.”

@ericgeller the realtime version is only available at spotify offices, the public-facing version is cached and delayed by one day.

In a few minutes of watching Serendipity, which plays short clips of each song while displaying the connection between its two listeners, we saw pairings in the same city and on opposite sides of the planet. Someone in Oslo, Norway clicked play on “Let It Go” by Idina Menzel at the same time as a listener in Copenhagen, Denmark. In another instance, listening to “Partition” by Beyoncé connected a listener in Chicago with a fellow Beyniac in Adelaide, Australia. 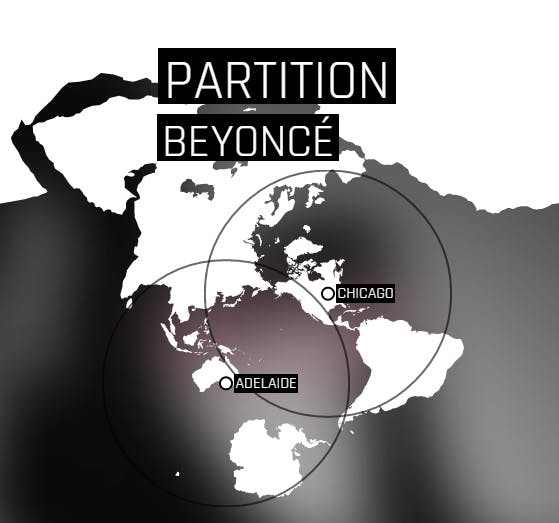 Of course, because this is a Spotify product, clicking anywhere on the map while viewing a connection takes you to a page where you can log into the site to listen to the track.