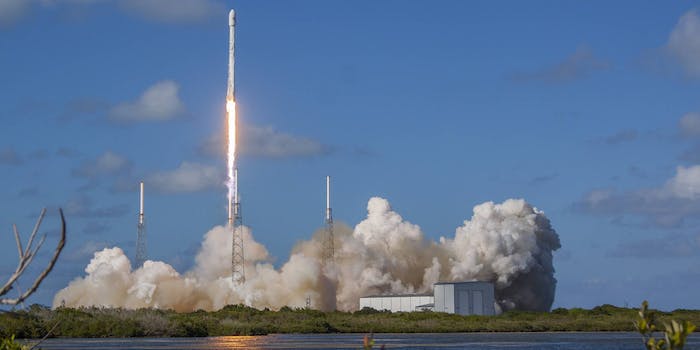 SpaceX lands its third rocket in a row, celebrates with stellar onboard footage

SpaceX landed the first stage of its Falcon 9 rocket onto a small platform in the middle of the ocean for the third time in a row late on Friday.

That’s a big accomplishment that attracted hundreds of thousands of viewers mesmerized by sped-up video of the rocket’s descent back to earth. SpaceX’s footage of the landing from an onboard camera is even more captivating.

The seemingly simple act of landing is an impressive technical feat. The reusability of the Falcon 9 rocket goes a long way toward making the entire venture, and eventually space travel in general, a lot more affordable.

Now round out your experience by watching the launch: