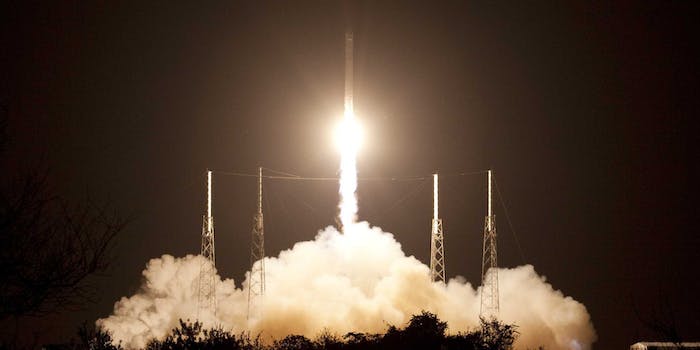 SpaceX is about to loan its rockets to the military

Elon Musk is reporting for duty.

Elon Musk is reporting for duty.

The U.S. Air Force announced that SpaceX is certified to launch satellites for military use. The Pentagon’s approval for the company came late on Tuesday and breaks the monopoly on national security space missions held by the United Launch Alliance, a joint effort between Lockheed Martin and Boeing.

The news marks the end of a two-year-long negotiation between SpaceX and the Pentagon over certification. The certification process began in December after SpaceX agreed to drop a lawsuit against the U.S. Air Force over an $11 billion contract awarded to ULA for Evolved Expendable Launch Vehicle launches. SpaceX argued the ULA had an unfair monopoly over the military contracts, and took a risk in suing the organization that it hoped to do the majority of its business with.

That risk has now paid off, and Musk’s company can enter the lucrative field of competing for military contracts, providing competition to the ULA. For the military, the competition means bringing down prices and saving the tax payers money. The ULA previously claimed its launch price was $225 million. SpaceX contests it can provide launches at just $100 million, and the ULA claims it can bring its prices down to that level as well.

With $70 billion listed as the expected cost for the EELV program through 2030, there is plenty of money to go around—and plenty for Musk and SpaceX to claim. The first contract that will be available for SpaceX to make a bid for will be the GPS III satellites, which is set to take proposals in June and launch in 2017.