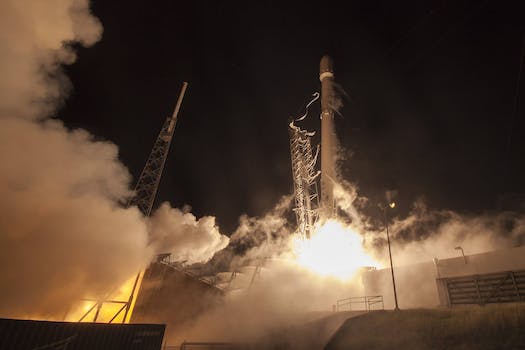 SpaceX is ready to launch a satellite-laden rocket following a failed launch in September.

Following a failed launch in September, SpaceX is ready to give its Falcon 9 rocket another go. Iridium Communications hopes to send up a SpaceX rocket loaded with more than 60 satellites on Dec. 16, the New York Times reports.

In September, SpaceX prepared to launch a Falcon 9 rocket loaded with a $200 million AMOS-6 satellite designed to provide internet connectivity to rural sub-Saharan Africa. The rocket caught fire and exploded during fueling ahead of a routine prelaunch test. In November, SpaceX CEO Elon Musk clarified the cause of the accident: Liquid oxygen that was supposed to flow to a second-stage tank had frozen solid. Thankfully, the launchpad was clear and no one was injured, but SpaceX’s Cape Canaveral launchpad was damaged in the explosion.

Iridium, a communications company, currently has a network of more than 60 satellites in the skies. It plans to replace these 20-year-old models over the next year and a half with newer, faster versions (“each roughly the size of a Mini Cooper,” the New York Times says).

Iridium’s upcoming launch is still dependent on the results of the Federal Aviation Administration’s investigation into that Sept. 1 explosion.