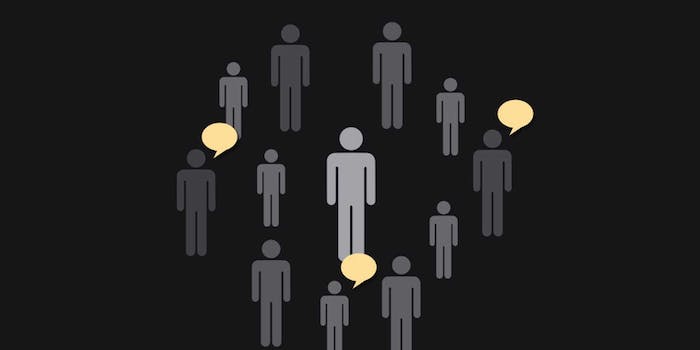 Sobrr is an app for making temporary friends

It's called Sobrr, and it takes the humanity out of drunkenly meeting people.

Have you heard of Sobrr, the social network for drunk people? Probably you have not! Ah, well, that’s alright, because here come the founders to explain their product’s genesis, which was one debauched night in Las Vegas.

The idea behind Sobrr seems to be two-fold: At one level, it relies upon the same casual ephemerality as Snapchat or Tinder, two apps that require low risk and promise, ostensibly, some relatively high reward (i.e. sex, or at least sexts). It’s marketed specifically towards the minimally inhibited drunk 20-something.

At another level though, Sobrr reveals a profound anxiety about the nature of relationships, friendships, and how we form all kinds of social bonds and connections.

This is… probably not true. I’m not even sure what that is supposed to mean. But if you listen to Sobrr’s founders talk about their creation and read their marketing material, there is, without a doubt, something tragically human about what they are trying to do: help people make friends.

The whole idea, it seems to me, is that, in life—no matter how much you’ve been drinking—you inevitably have to interact with people. And that can be scary; really, it’s why a lot of people drink in the first place. People are unpredictable—they have feelings and sometimes they want or need things from you and require you to do things you’d rather not do and put you in uncomfortable situations, some of which you will look back on and appreciate and some of which you will forever resent. And you never really know, when you meet someone, what your relationship with them will be like the next day, or a week later, or a year later, or whatever. You could fall in love, or hate them, or both. They could be a lot more boring than you thought, or less so. It’s all very risky and overwhelming.

So now there’s an app to help you manage that risk, that anxiety about who is this person and what are they going to want from you? Are they fun and cool or are they complicated and emotional?

“Sobrr offers a unique way to make friends that has never existed before on social media—the 24 hour friend,” reads a post on Sobrr’s blog titled On Friendship. “If you meet someone, and aren’t sure what category they are […] that’s okay. You have time to decide, based on what they do in the present. If it’s a good fit, you can both become a permanent part of the other’s crew. If not, that’s okay.”

“You can both go your separate ways, just like the real world.”

But this is the real world; all Sobrr does is make it that much easier to blow someone off if you decide they’re not cool enough for you, or are just ‘too much.’ And who’d want to be friends with someone like that, anyway?