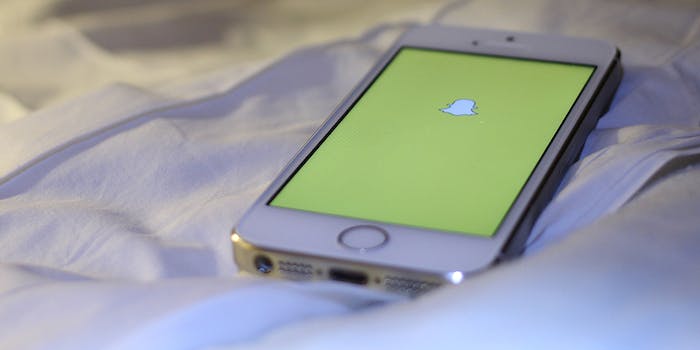 If you love Snapchat and thought you were being clever using third-party apps to save snaps, you are in for a huge disappointment.

In response to an earlier report that Snapchat had been hacked dealt with irregular activity (in the company’s words) stemming from third-party product use, the popular photo-sharing app instituted an update that intends to crack down on people tricking the system. According to a blog post on Tuesday, “Starting today, we will notify Snapchatters when we have detected that they may be using third-party apps and we’ll ask those Snapchatters to change their password and stop using unauthorized apps.”

While this may be considered a noble step in the right direction, it’s hardly a solution to a problem amplified by the resourcefulness of Snapchat’s users. Warning people that Snapchat knows what they are up to is not enough to fight off the creation and growing use of third-party apps that secretly save photos, and it definitely is not enough to stop people from actually using them and giving their login credentials up in order to do so.

Until the company can figure out how to evade their users’ knack for quickly taking screenshots and also block access to its code that third-party devs are using, Snapchat will just have to keep praying (hard) that its growing user base has the sense to either resist downloading sketchy third-party apps or sending compromising snaps. Both of these seem unlikely.