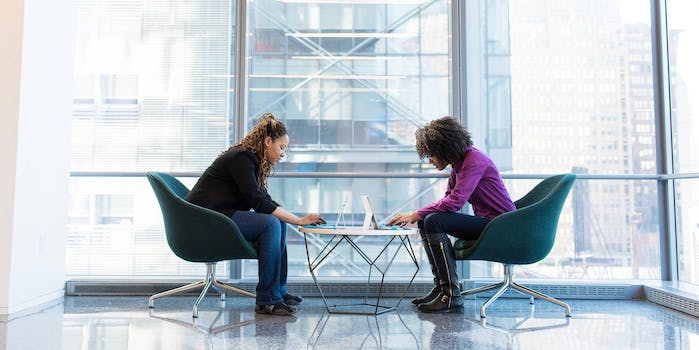 Silicon Valley thinks diversity is a bad word, but it doesn’t have to be

It's time for tech companies to talk about race.

In a recent Recode Decode podcast, Stacy Brown-Philpot, CEO of TaskRabbit, described an experience most African American’s in Silicon Valley know all too well.

“I have been ‘the only’ for most of my career,” Brown-Philpot said. “I walk into a room, there’s one or two black women.”

The feeling of being the only person of color in a room or starting a new job only to find that you’re the only black person at the company is unfortunately the norm in the tech sector, and it’s a real issue. The diversity and inclusion problem in Silicon Valley is one several of the most innovative companies in the world can’t seem to solve.

Diversity—or the lack thereof—in the Bay area’s tech world is further complicated by the lack of dialogue around the issue.

It’s like diversity has become the new “f-word,” or should I say d-word. No one wants to talk about it, and that attitude further exacerbates the problem.

When big tech companies like Facebook, Google and Apple regularly report their dismal diversity numbers, it’s yet another reminder that the metal door into Silicon Valley with it’s high tech security system is still too difficult for minorities to crack. But, why?

“I think there’s two ways to look at it. Does the culture of the company embrace diversity? Is it a place where people feel welcomed,” Brown-Philpot said.

As she reflected on her early days at Google, she noted that the hiring process even back then wasn’t very open. “One of the things I struggled with early on was joining a company that is built on referrals, and the idea of hiring people based on your own network. If you don’t have a diverse network then you’re less likely to hire people that are diverse. And when you’re growing very fast you need to just grab people. It needs to be an intentional, stated objective,” she continued. While many companies aim to engage more African Americans in the hiring process few are able to connect with the community in meaningful ways.

At a company meeting following the back-to-back shootings of Alton Sterling and Philando Castile by police officers. Brown-Philpot recognized the need for healing at her own company, and began that healing process by opening up to her staff in a speech about her experience as a black woman in America. “I know what it’s like to be afraid of the police,” Brown-Philpot said. “When you see a police officer, you don’t immediately feel safe. You wonder what you’ve done wrong and what could happen to you.”

“You’re taught to limit your answers because you don’t know how they are going to treat you,” she continued. The TaskRabbit CEO—and Founder of Black Googlers Network—says opening dialogue about race and an unconscious bias training held at her company had an impact on her how her employees viewed the issue.

Open conversations about race in corporate America is essential to shifting the way diversity in the workplace is viewed, from a focus on quotas to discussions around the value diversity can bring to a company including amplifying innovation. The gap that exists only seems to be widening and another essential part of the issue according to Brown-Philpot is that “The pipeline of talent just isn’t there. I know we overuse that word, but the fact of the matter is, when I go home to Detroit, there are people who don’t know that they could become the CEO of a tech company,” she added.

Solving the diversity problem in Silicon Valley starts with having real conversations—as scary as it may be—about race in America and what the word diversity really means. We’ve ignored “the elephant in the room” long enough. Diversity isn’t a bad word, it’s shouldn’t be treated like one, and talking about it is the only way we’re going to actually see it happen.