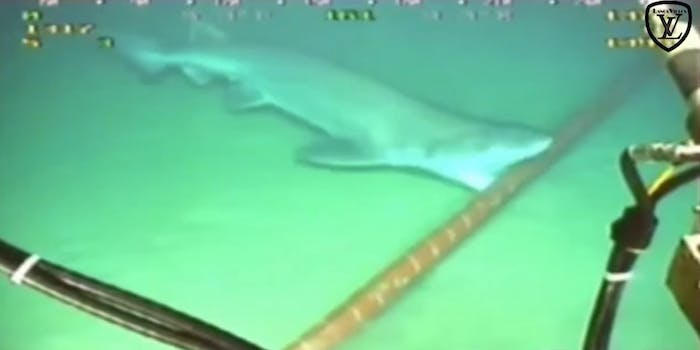 They're taking a byte out of one of the largest cable Internet infrastructures in the world.

The underwater trans-Pacific cable that provides Internet to most of Southeast Asia broke again yesterday, leaving millions with slow or spotty connectivity. The region faces an estimated repair time of up to a month.

The Asia-America Gateway (AAG), launched in 2009, is an enormous underwater cable line stretching 12,000 miles across the Pacific. It connects 10 points throughout the Pacific islands and Southeast Asia and provides vital connectivity to several countries between Malaysia and California.

But one branch of the $500 million AAG has been continually beset with problems. The segment of the cable that runs between Vietnam and Hong Kong has ruptured four times within the last six months—twice near Hong Kong and twice near Vietnam. The latest incident occurred yesterday, when the cable broke near the Vietnamese city of Ba Ria.

In addition to Vietnam, the outage effects the cable’s offshoot points further west, which means Internet users in Brunei, Singapore, Thailand, and Malaysia are also feeling the slow-down. Although these other countries rely on the cable, it is managed by one Vietnamese telecommunications company.

Investigators have not confirmed a reason for the latest rupture. One common explanation in these cases is that anchors from passing fishing trawlers snagged the cable and caused damage. Increasingly, however, cable watchers believe that the problem may be sharks.

Shark species in the region, these experts say, may be drawn to chow down on the cables, which send off electromagnetic waves that can act as sharkbait. One theory holds that sharks mistake the cables for the bioelectric fields surrounding schools of fish. Others suggest that perhaps sharks are merely overly curious.

Whatever the explanation, there are undoubtedly issues with sharks attacking undersea Internet cables. A surveillance camera attached to equipment reinforcing one of Google‘s cables captured video of one such attack in August.

To prevent sharks from chomping through fragile and expensive fiber-optic wires, Google, which has pledged to collaborate on a similar $300 million undersea cable to Japan, has started wrapping its cables in kevlar.

It’s a smart plan, but it offers little in the way of comfort to frustrated Southeast Asians battling slow load times and month-long service outages.