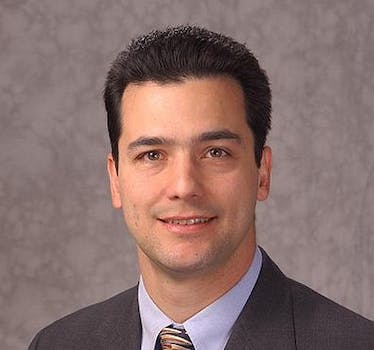 When Bart Cohn emailed Missouri state Sen. Brian Nieves, all he wanted was to get off the Republican's mailing list.

When Bart Cohn emailed Missouri state Sen. Brian Nieves, all he wanted was to get off the Republican’s mailing list. What he got instead was a back-and-forth spat worthy of a schoolyard.

The River Front Times published yesterday a lengthy and combative email exchange between the two men, which they received from Cohn.

The online spat took place on Friday evening. It began when Cohn fired off a rude but frank email to Nieves demanding that he no longer email him:

Instead of obliging to his constituent’s request and brushing off the unmerited ad hominem attack, Nieves replied by turning the tables on Cohn:

“Who are you? Is there something wrong with you? Are you incapable of communicating in a way that common, decent people do?”

“Tell me this, how did you ever even get on MY Distribution list?”

Cohn responded by reiterating his original demand and by throwing in another jab at the state senator. “Remove me from your list,” he wrote. “I despise you.”

But instead of letting things go, Nieves only added fuel to the fire and escalated the situation. In one exchange, he calls Cohn a troll. He also suggests that Cohn got himself on the email distribution list.

“The ONE and ONLY way for you to have gotten on my list is by YOU having communicated with me via email. I guess your the type who wants to be able to throw something my way but not hear back?

“You’ll be removed but be Very Careful to NEVER Threaten me! Also, don’t ever send anything to this email address again because every time you do, you automatically get put back on the distribution list. :-)”

Cohn once again engaged the state senator, calling him a “douchetard.” Nieves in turn accused his constituent of lacking intelligence, of being gay, and of being obsessed with him.

“Wow. Your communications are so thought provoking, well written, and intelligent. Perhaps you secretly want to be on my distribution list because every time you send me a message, your email is recaptured and put on my distribution list. I’m tiring of taking you off every time you email me AGAIN so unless you are in love with me or have some other sort of sick obsession with me (sorry, I’m straight as an arrow) you should probably stop emailing me so that you don’t keep getting put back on the list. Should I type these instructions slower? Are you having a hard time understanding? BTW – I archive ALL questionable emails like yours in case there’s ever any doubt about who got ugly first. Go back to the grade school playground where people you can successfully bully and out smart are playing cuz junior… You are way out of your league with me.”

A couple of minutes later, Nieves once again fired off an email, this time making fun of Cohn’s facial hair.

“BTW… You really don’t look good with a beard.”

Both parties come across as being immature in the exchange, but only one of them is an elected official. That Nieves would take time out of his schedule to engage in a name-calling dispute with someone he represents reflects poorly on him, suggesting that he’d rather insult a constituent rather than represent him in the Missouri Senate.

Senator Nieves’s office did not respond to a request for comment.