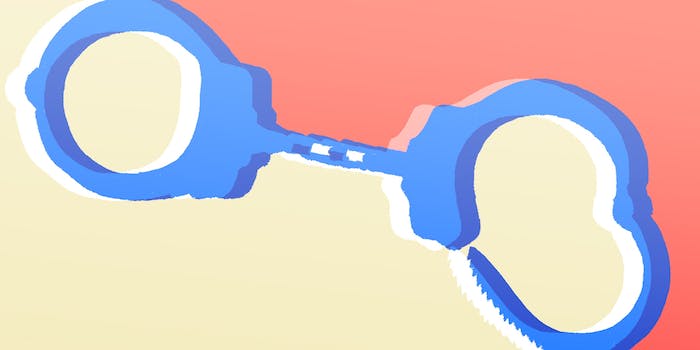 The emails are hard to read.

A seminary student from Ohio who allegedly used Craigslist to find infants to adopt and sexually assault in Mexico was arrested by federal agents after a Craigslist scammer took his money and reported him to police.

Joel Alexander Wright first appeared on the radar of the U.S. Department of Homeland Security in 2015, the New York Times reports, when an unnamed tipster told authorities that Wright had flown south seeking a child in 2014 and was on the hunt once again.

After first making contact on Craigslist, the tipster told Wright he could bring him a child. The pair met in a Tijuana hotel where Wright paid him an adoption fee and then waited for the tipster to return. He never did, with a child or otherwise.

Wright made no effort to hide his identity, according to police. He even used an email address with the username “Joel Wright” from start to finish and identified himself as such in email exchanges.

“The conversation eventually shifted to Wright’s desire to engage in illicit sexual conduct with female infants.”

A year later, in July 2015, Wright was allegedly looking again on Craigslist and the same tipster spotted his advertisements. The scammer began another email conversation with Wright.

“Wright’s conversation initially centered around traveling to Tijuana for a medical appointment, meeting a woman to marry, and adopting a child,” police say in the criminal complaint against Wright. “The conversation eventually shifted to Wright’s desire to engage in illicit sexual conduct with female infants. On November 25, 2015, when asked if he had sexual experience with infants, Wright emailed that ‘I have not gone all the way before but I have made it very close in the past so I do have experance [sic].’”

In December 2015, federal agents took over the tipster’s email account to talk with Wright.

The conversations turned to highly explicit and specific fantasies about multiple men raping an infant and toddler that would be bought and sold in Tijuana.

The undercover federal agent bought Wright a plane ticket for travel to Mexico but, at the last moment, Wright backed out, apparently spooked just before boarding the plane.

“Don’t ever contact me again,” Wright said in an email.

But three weeks later, police say, Wright posted another ad on Craigslist seeking the same exact things in Tijuana. By mid-January, police officers under another assumed identity were exchanging emails once again with Wright.

This time Wright wanted more children than before, saying “I have some experance [sic] in the past.”

Wright’s long and explicit emails are posted in full in the criminal complaint. He fully and repeatedly lays out his sexual desires in damning passages that are the crux of the case against him.

“This investigation opens a window into a secret world where sexual predators prey on young children around the globe,” Dave Shaw, a special agent in charge of Homeland Security Investigations in San Diego, said in a statement. “Pedophiles who mistakenly believe they can escape justice by committing child sex crimes outside the U.S. should be on notice that HSI will seek to vindicate the rights of those victims regardless where they live. Fortunately, in this instance, our perseverance and diligence prevented the sexual exploitation of yet another innocent victim.”

In late January, Wright bought a plane ticket to San Diego, California, from which he planned to travel to Tijuana and, court documents indicate, purchase several small children for sexual exploitation. He was arrested in San Diego outside the airport baggage claim area.