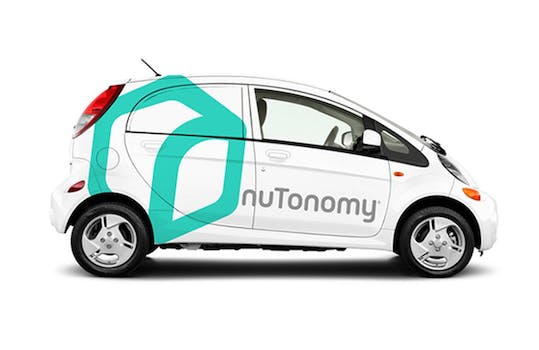 The world’s first self-driving taxi has launched, and it’s not Uber

These are the first self-driving taxis in the world for public use.

Uber recently announced it would be launching a self-driving car program in Pittsburgh in the near future. But nuTonomy has beaten Uber to the market.

The world’s first self-driving taxis—modified Renault Zoes and Mitsubishi i-MiEVs, which are owned by nuTonomy, a company that spun out of MIT—are now available for public use in Singapore.

Six autonomous taxis have hit the road, offering up rides within a limited 2.5 square-mile radius. This trial marks the first time self-driving cars have been used to sell rides to consumers.

The difference between the two’s programs seems to be choice. Uber will reportedly be assigning its autonomous cars to random drivers, while nuTonomy allowed passengers who were interested in riding in the driverless taxis to sign up first.

Don’t worry if you find yourself in the backseat of one of these autonomous cars, though. While they drive themselves, safeguards have been put in place, including an engineer who will sit in the front seat and take over via manual controls should anything go wrong.

The risk of being one of the first people to ride in a self-driving taxi does come with a reward, however. Passengers will not be charged to take part in the pilot programs.