Secret starts warning its users to stop trash-talking one another

Secret is trying to avoid the name-calling that crops up with anonymous posting.

When people are given a forum to say whatever they want anonymously, at least a percentage of those contributing will say something dickish. This isn’t just a rule of the Internet. Think of all the malicious notes dropped in suggestion boxes around the world, or the scrawled personal attacks in bathroom stalls. The Internet just opens up way more avenues to be anonymously mean to others.

Secret is an app that provides a platform for anonymous posts, but it doesn’t want to be another forum for trash-talking. Like Whisper, it’s a successor to PostSecret, giving users the opportunity to confess to an audience of strangers. Most posts are fairly innocuous, with many extremely popular posts echoing greeting card sentiments or motivational quotes. But, of course, people are also using it to talk smack about one another, which is why the app is now reminding users that personal attacks are against its community guidelines by showing users trying to post something about a specific person a warning sign. 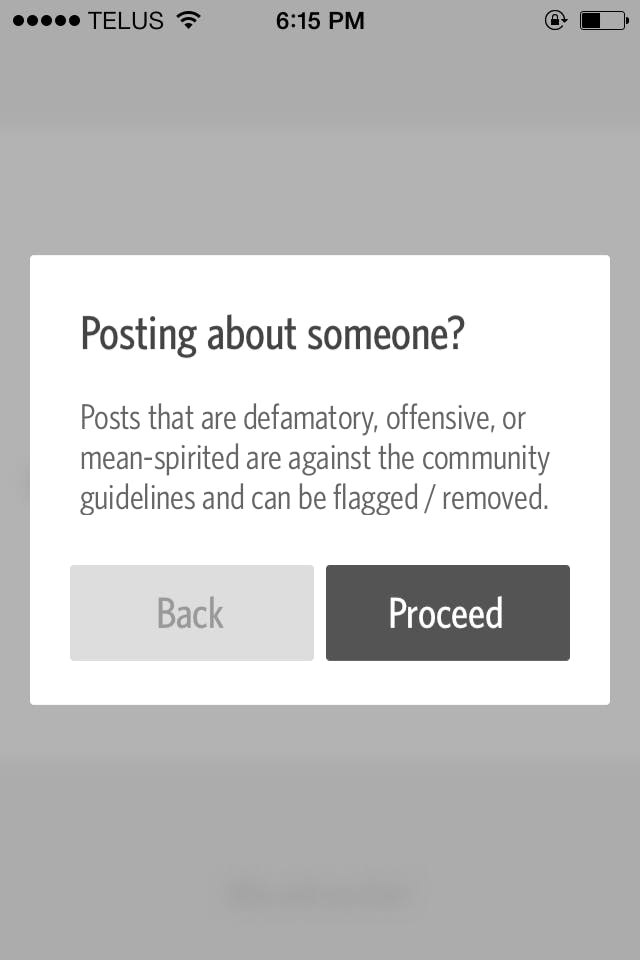 I wanted to test to see how sensitive the warning trigger is, so I did a few tests. To see if Secret recognizes non-famous people, I insulted myself: 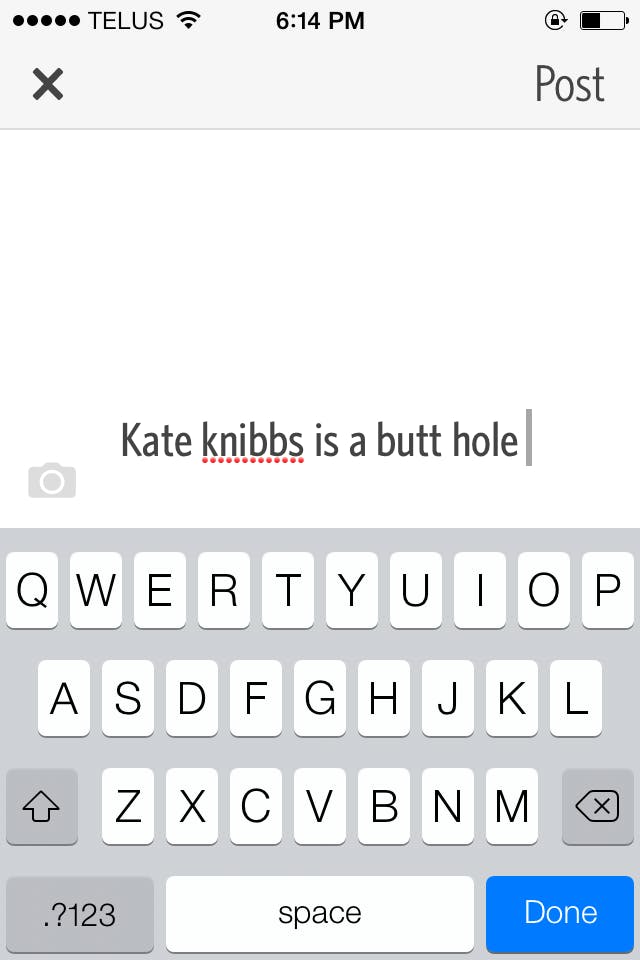 The warning popped up! Secret doesn’t want people to call me a butthole. Thanks, Secret.

Then I decided to test the waters with famous people and I posted this: 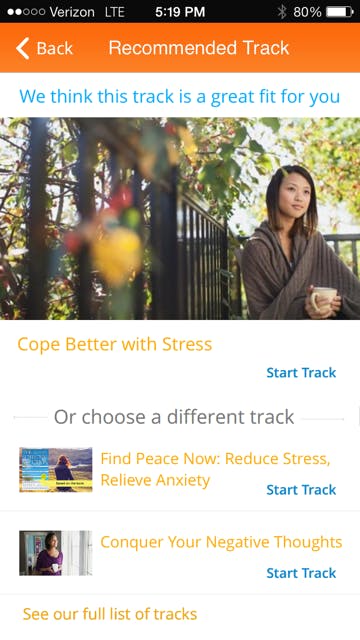 No warning. This surprised me, since other another user posted that Secret gave them a warning for insulting Steve Wozniak. What does that say about Secret’s opinion of Jay Leno?

Either way, this gentle behavior-nudging indicates that Secret is taking a different approach to gossip than its competitor, Whisper. Whisper’s editor-in-chief Neetzan Zimmerman personally approved a post gossiping about Gwyneth Paltrow, indicating that the app is open to growing a celebrity-secrets following. Secret, on the other hand, gained buzz precisely because Silicon Valley types were using it to gossip, but now it’s trying to sanitize its reputation as a place for drudging dirt up about individuals.

Secret just raised $8.6 million in funding and released a feature called “Nearby” that makes it easier to use for people who don’t have friends already on the platform (previously, users only saw very popular posts or the posts of their contacts, which made for an anemic experience if your circle doesn’t include the type who’d download the newest apps). The app isn’t hiding its intentions to grow, and I suspect this new warning is part of strategy to broaden Secret’s appeal.