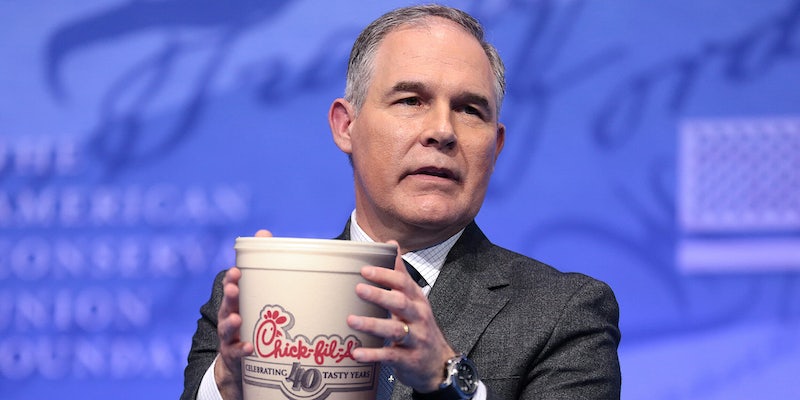 As the scandals around embattled EPA Director Scott Pruitt continue to mount, they—at least for our sake—grow correspondingly in amusement.

According to the emails, Pruitt’s executive scheduler emailed the president of Chick-fil-A to see if he would meet with Pruitt to discuss a “business opportunity.”

Though the call never materialized, Pruitt spoke with someone in Chick-fil-A’s legal department, where he revealed that he wanted his wife to become a Chick-fil-A franchise owner.

“The subject of that phone call was an expression of interest in his wife becoming a Chick-fil-A franchisee,” Carrie Kurlander, a Chick-fil-A representative, told the Post via email.

It is illegal for government officials to have employees under them perform personal tasks. Pruitt, however, seems to have done it routinely. It was just revealed that another EPA employee helped Pruitt hunt for apartments, as well as try and obtain a mattress for the former governor.