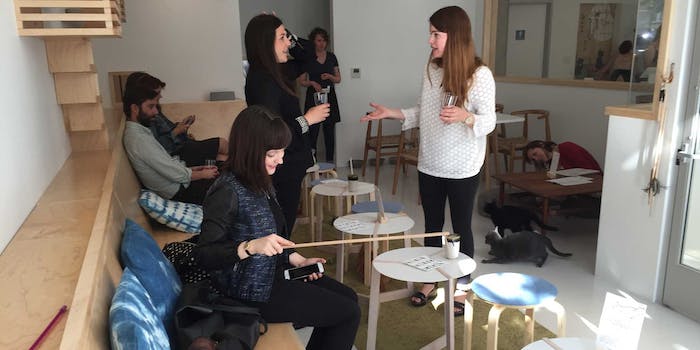 It's called KitTea. We see what you did there.

What’s a person to do in San Francisco after years of feeling angst working in the tech industry and spending more hours than healthy sitting in front of a computer? Start a cat cafe, obviously.

Of the trio of cofounders behind San Francisco’s first-ever cat cafe KitTea, two of them cut their teeth in tech. Courtney Hatt was a cofounder and marketer at a number of startups in the Valley, and Michael Wiggins was working in product strategy at Google. Lisa Tsubouchi, resident ceramicist who made all the teacups, is the cofounder with a background in the hospitality industry.

After getting burnt out on tech, Hatt decided to start a cat cafe. It took more than two years for her idea to become a brick-and-mortar business, but she prides herself on being the first one with the idea of taking the Asian-inspired cat cafe theme to the U.S. The idea of having a place to eat and drink while playing with adoptable cats is taking off here in the States, with locations in New York, Florida, Oregon, Washington, D.C., Colorado, and in Oakland, California, just across the Bay from KitTea. 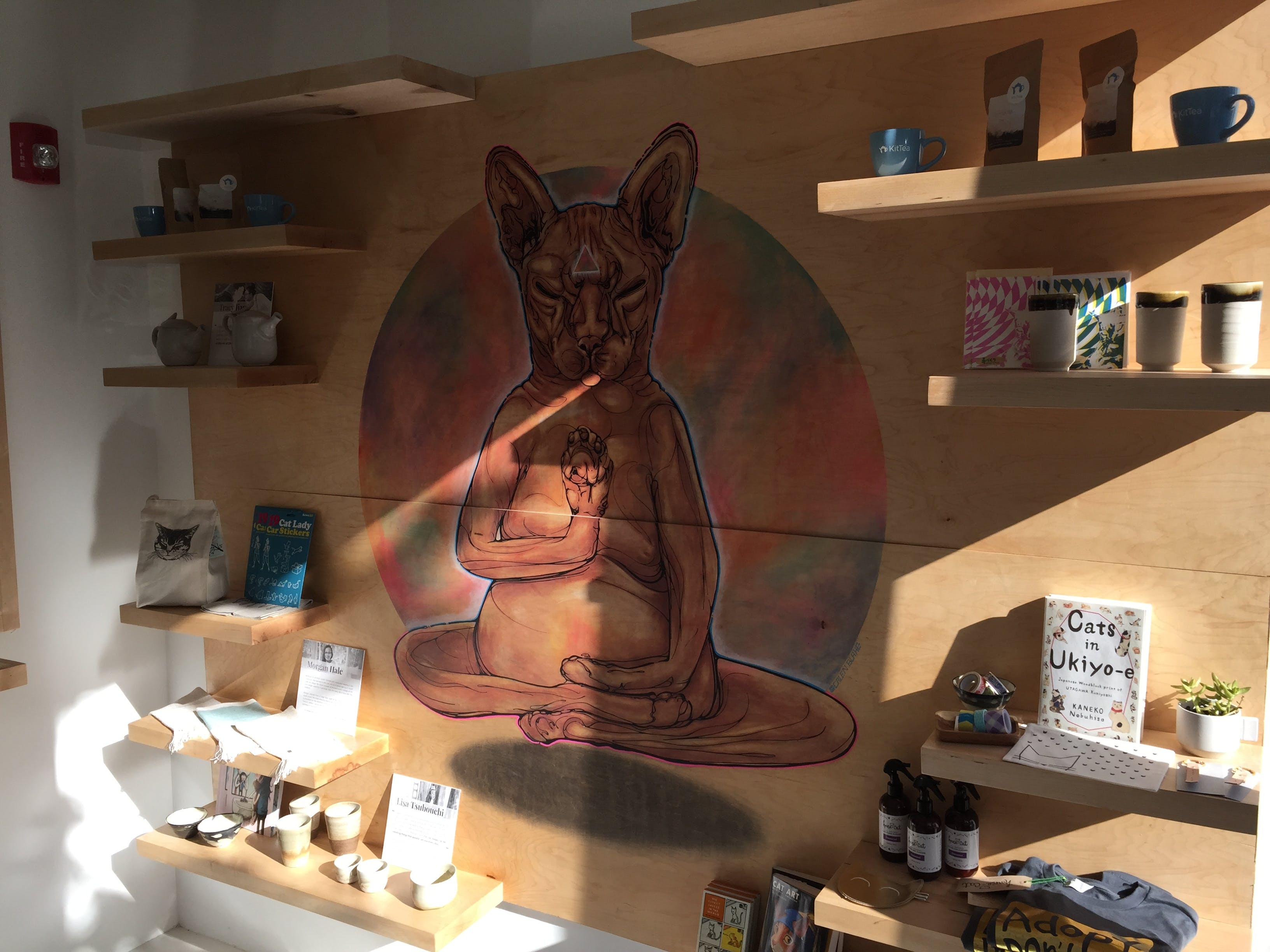 “I felt probably the same way a lot of people feel—how they’re spending their day is not quite how it should be,” Wiggins said in an interview. “Fortunately, we can create a space for people who feel this way to come and destress a little bit.”

As Tsubouchi explained, the two-year timeline was amplified in part due to the City of San Francisco—combining food and adoptable pets raised a number of eyebrows throughout the approval process. 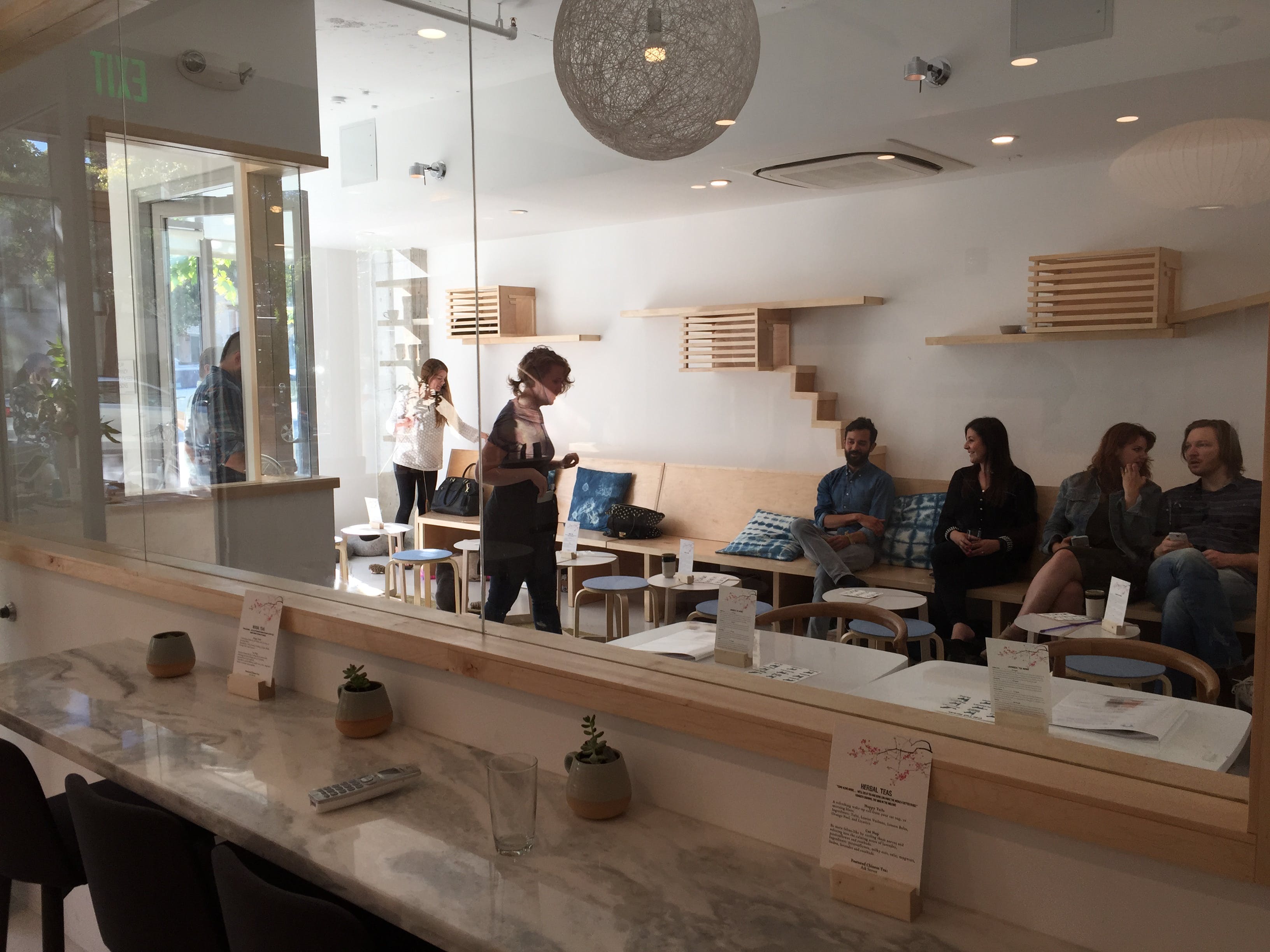 At KitTea, customers can purchase an assortment of tea and baked goods, and either sit in a cafe area, or with the cats, who are given their own area. Servers can’t provide food directly to patrons in the cat room; it must be placed on a little window where guests can pick it up themselves. 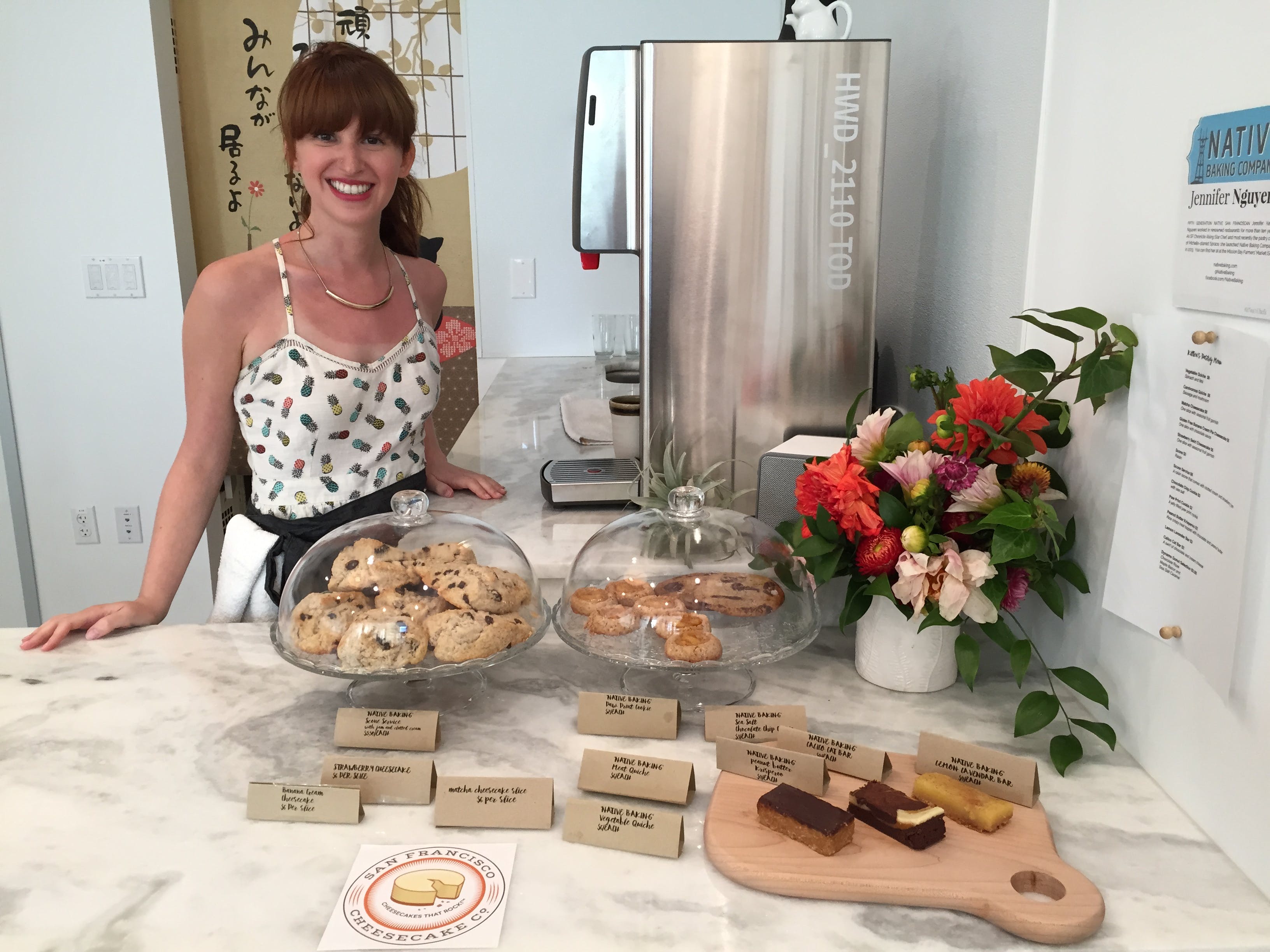 At KitTea, all the cats are up for adoption. The cafe works with Give Me Shelter, a nonprofit organization that provides the cats. All the cats are screened before they are allowed into the cafe to make sure they’re friendly and eager to play and chill with patrons. The organization was granted $150,000 from the Petco Foundation to build the cat hangout.

Although the cafe was the brainchild of a few individuals, the San Francisco community is partially responsible for this feline oasis. KitTea launched a Tilt crowd funding campaign to raise money to build the cafe, and raised over $60,000 in 27 days from over 1,000 people. 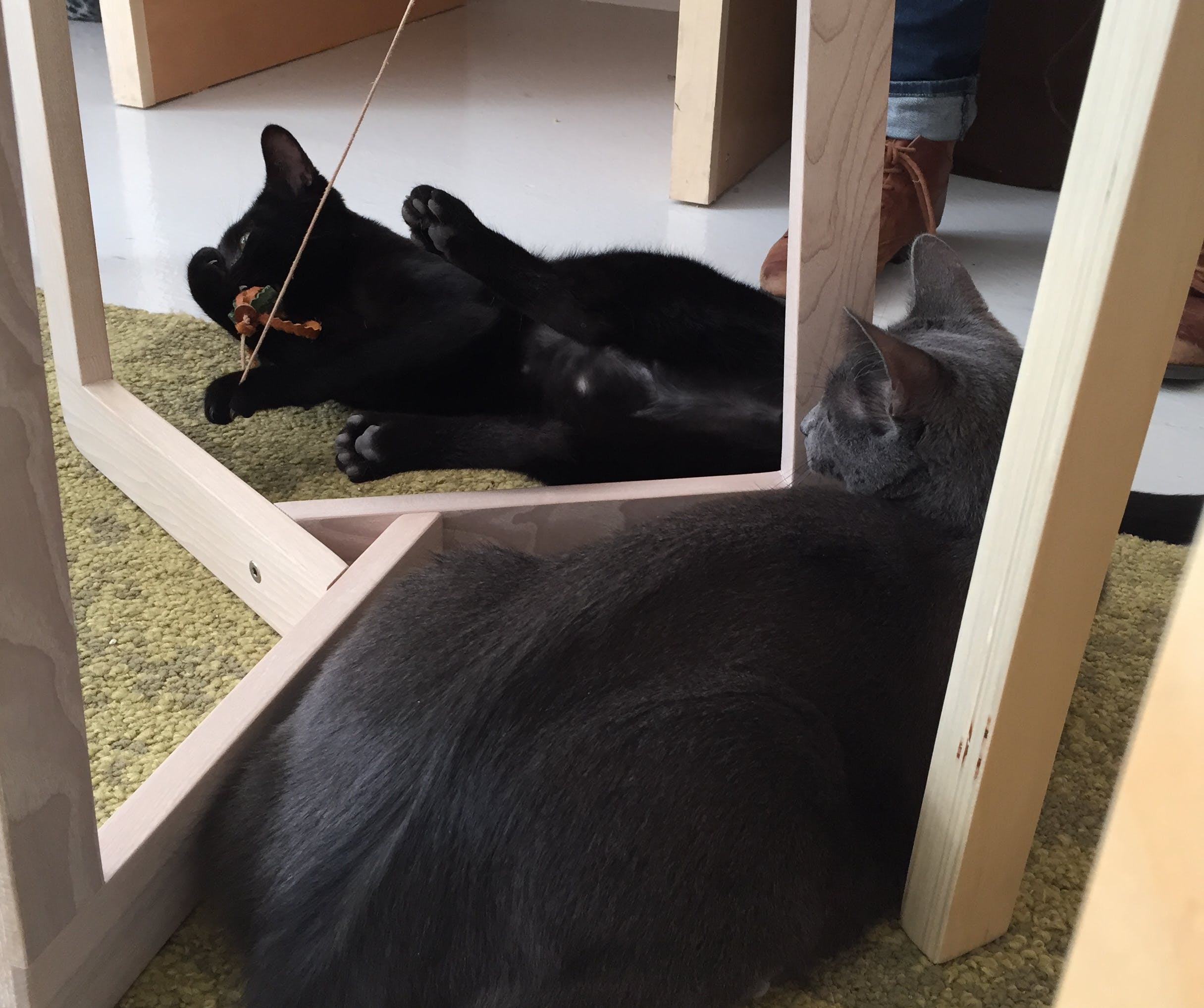 “I just got to this point where I’m like, I’m going to go back to my original dream of working with people, working with animals, and being very hands-on,” Hatt, who has four cats herself, said. “Creating a space in a city full of people who are behind computers all day, having a space that is really communal, social, and therapeutic.”

As many as 15 cats hang out among the tables in the cat section of the cafe, and people can play with any of the toys scattered about the room. A cat specialist remains in the room at all times to monitor behavior and make sure no cats sneak out as the doors open and close.

KitTea is open now, and visitors can come by just for the tea, or pay $20 per hour to visit with the cats and drink a refillable pot of tea. And if you happen to fall in love with a feline, you can take it home that day. 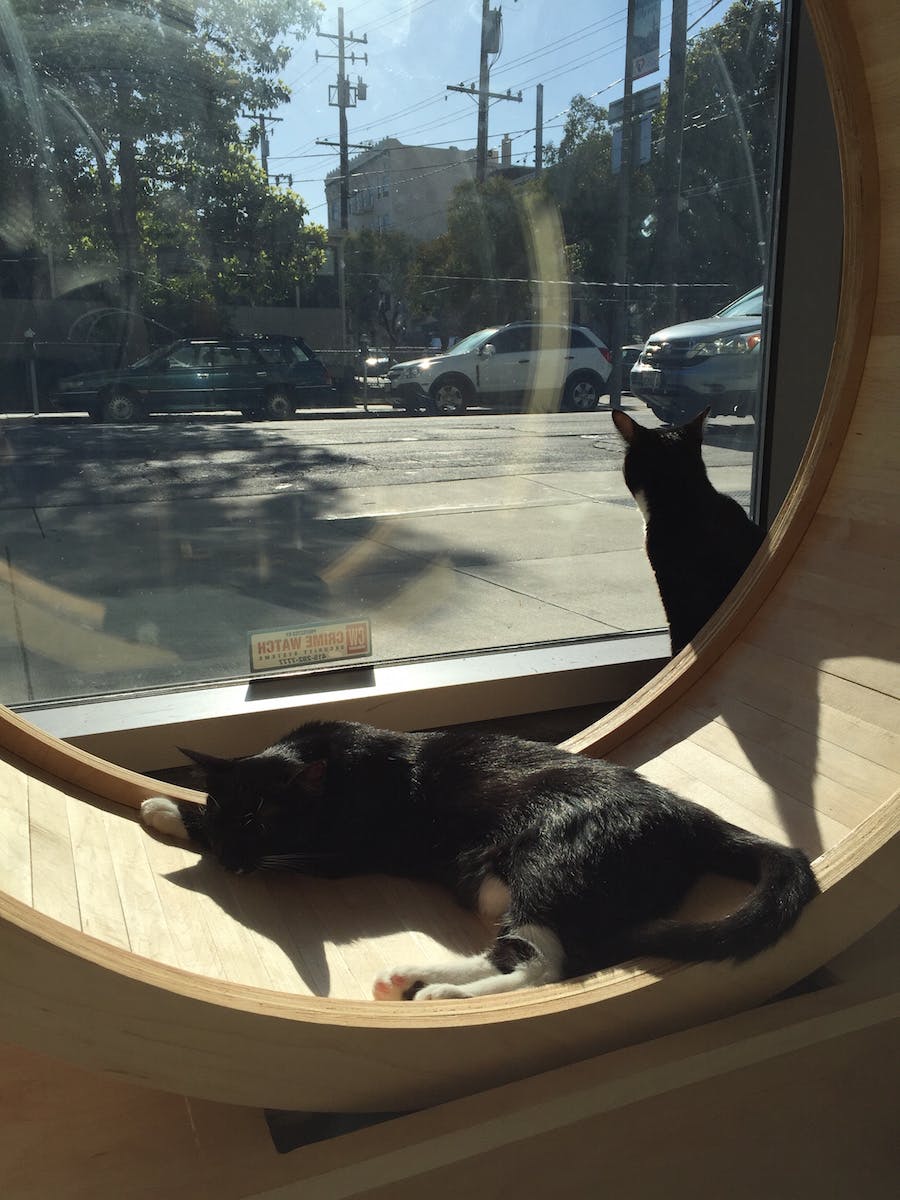