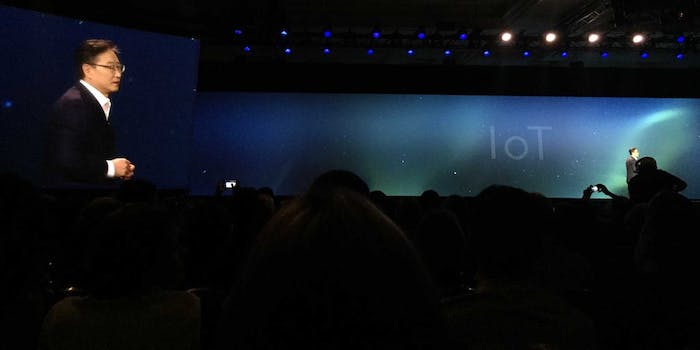 Samsung calls for an open Internet of Things at CES 2015

The Consumer Electronics Show turns over a developer-friendly new leaf.

The Consumer Electronics Show, with its vast halls of disposable gizmos and proprietary junkware, is an unlikely place to hear anyone advocate for an “open” anything, but at CES 2015 that’s exactly what happening. At the first major keynote event, as Samsung CEO BK Yoon took the stage to set out an agenda for the year in tech to come, the message was clear and it revolved around three little letters that didn’t even go together three years ago: IoT—the Internet of Things.

Instead of hosting a Maroon 5 performance or introducing the next Samsung Galaxy Whatever, Yoon waxed philosophical. But investors needn’t worry: The keynote capped off Samsung’s brilliant business long game, all while showcasing the Korean company’s intended role at the epicenter of the Internet of Things revolution. It’s also a sign that after a few awkward years, CES might be in stride with an emerging software industry that had it looking increasingly long in the tooth. 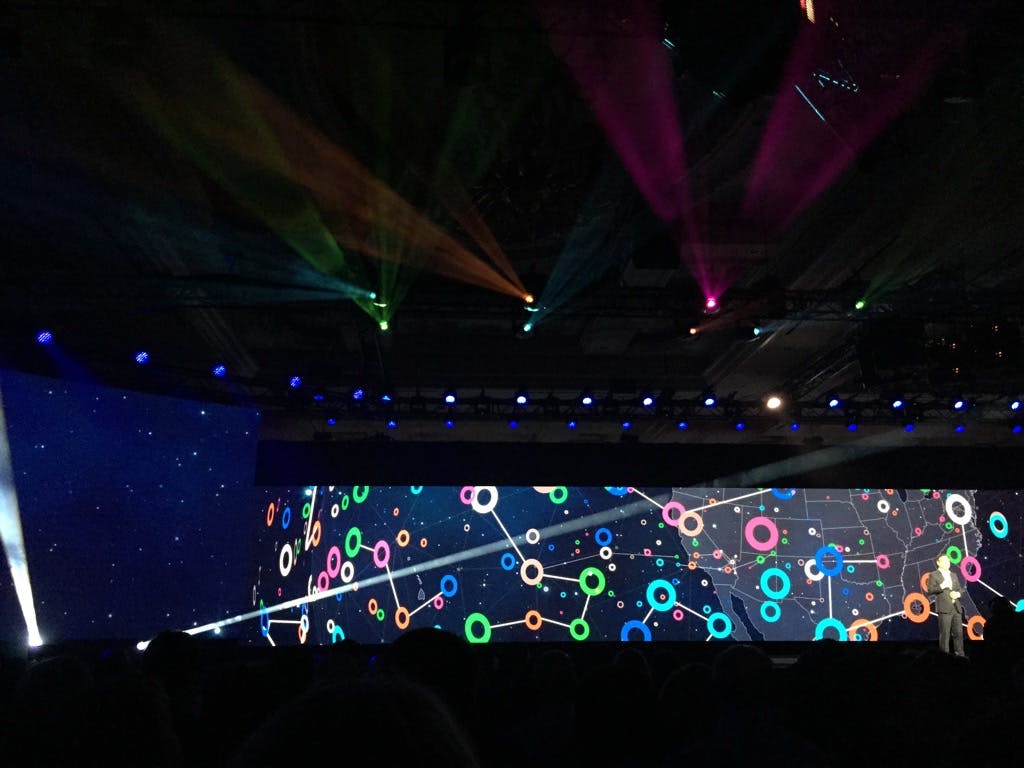 “By 2017, 90 percent of all Samsung products will be IoT devices,” said Yoon. That number includes everything from TVs and mobile devices like smartphones, to smart TVs, ovens, and everything else in the remarkable array of stuff that Samsung makes. “It’s is not science fiction any more,” Yoon said. “It is science fact.”

Samsung wants all of those devices to speak to one another freely, in an open language—think existing standards like Bluetooth or Wi-Fi—and soon. After all, the devices are already here, chattering away.

Yoon dedicated the entirety of the Samsung keynote to reinforcing this message, repeating it nearly verbatim over and over. No, really:

“We need to create an open IoT system.”
“We need an open ecosystem so IoT devices can work together.”
“We can deliver the benefit of IoT only if all sensors and all devices work with each other,”
“Without this kind of openness, there won’t be an Internet of Things because the things will not fit together.”
“When SmartThings became a member of the Samsung family, we promised to keep the platform open.

He even invited a rotating cast of partners to join the refrain.

“We need IoT software, we need IoT hardware, and we need a truly open approach that embraces developers.” – Hosain Rahman, CEO of Jawbone
“This notion of an open ecosystem is so, so, so critical to its success,” – Rahman
“We need to ensure a common set of codes, regulations ad standards to advance interoperability.” – Jeremy Rifkin, economist and president of the foundation on economic trends.
“Attempts to close or silo parts of the Internet of Things are contrary to what makes this technology a game-changer for society,” – Rifkin
“Any device from any platform needs to be able to connect and communicate to each other. It really gives consumers the freedom of choice.” – SmartThings CEO Alex Hawkinson 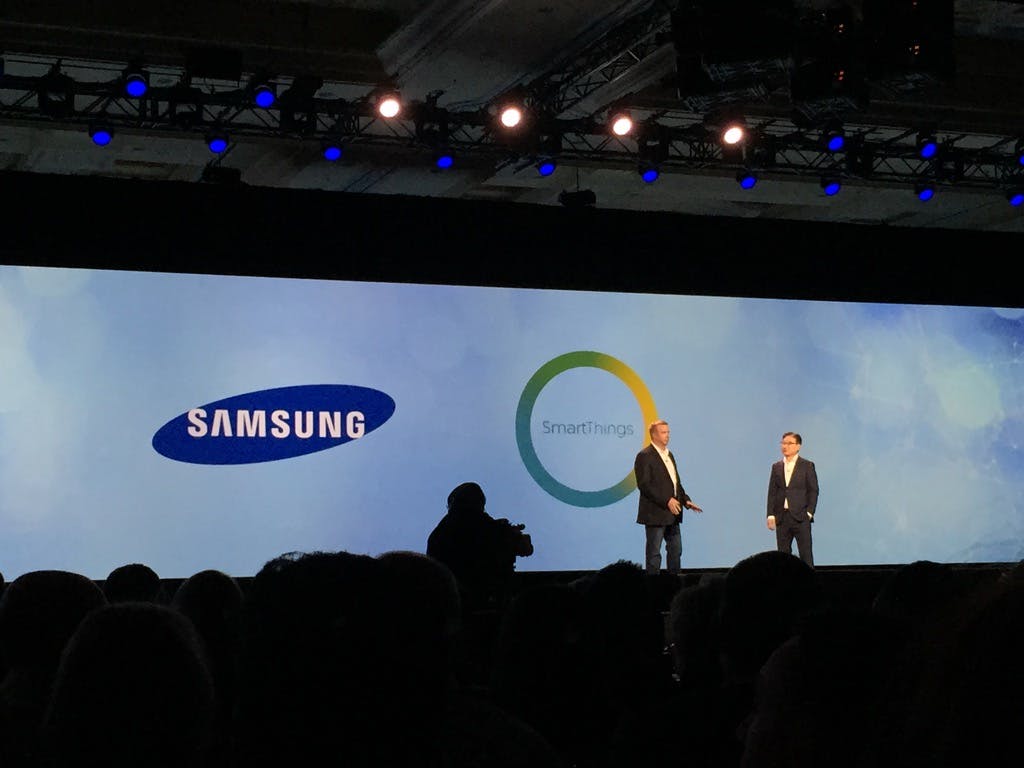 Samsung hasn’t always been gung-ho about open platforms. In fact, the show is almost synonymous with the worst kind of silo mentality—the one that’s held back devices like smart TVs and propagated ongoing hardware plagues like Android fragmentation.

It’s worth noting that Samsung now owns SmartThings, makers of the SmartThings hub, an open central node for connected homes that’s widely regarded as one of the best around. SmartThings prides itself on its vast, open platform—and now Samsung does too.

It’s a clever strategy for a company with a dog in absolutely every fight. Now that Samsung owns market share in everything from smart ovens to VR to phablets, urging the industry to embrace open standards sounds warm and fuzzy to consumers tired of buying into a single, closed software ecosystem—but it stands to boost the bottom line, too.

Samsung’s battle plan justifies just about everything the company has done in the course of empire building over the last four or so years. In 2015, for better or worse, the company really does embody the spirit of IoT, and its unapologetic see-what-sticks philosophy is well positioned to see its mission through.

“There are already many IoT devices out there,” Yoon said. “We just haven’t connected with them yet.”

It’s only a matter of time.