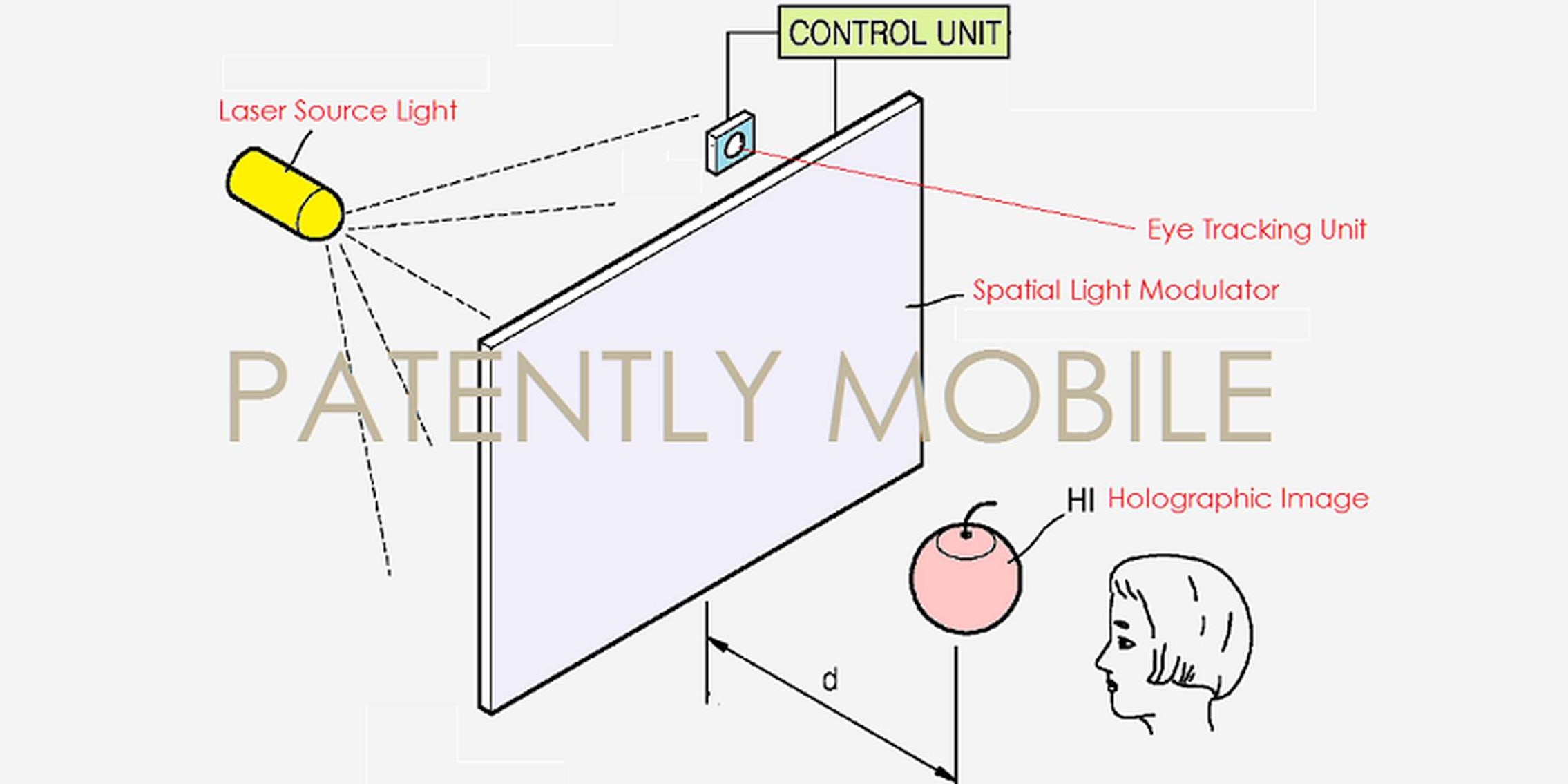 Samsung just patented the holographic TV of the future

Say goodbye to 3D television sets. The next generation of TV tech may soon replace the poor reception, annoying glasses, and limited content that has shaped the lackluster 3D TV experience.

Patently Mobile discovered a patent recently filed by Samsung for a TV that uses holograms, taking the television viewing experience outside of the boundaries of the TV screen. In Samsung’s plans, the electronics manufacturer describes how it would use lasers to create holographic images that would float in front of the screen.

According to the patent, the TV maker would use a holographic display apparatus that may include a light source, a spatial light modulator that creates the hologram along with a controller, and an eye-tracking unit that would track the pupil of the viewer. Holographic display eliminates the need for glasses to enhance the illusion of depth perception, which was one of the primary customer complaints about 3D TVs, as well any issues viewers have with wearing the accessory to view content.

I know what you’re thinking: This sounds more like science fiction than reality. It’s hard not to think about scenes from movies like Star Wars or even Minority Report, but it’s unlikely the first generation of holographic display would look like it does in the movies (or at Coachella)—unless 3D filming becomes the standard, which could happen by the time this technology hits the market.

If Samsung’s plans for a holographic TV display become a reality, it’s still unclear what the overall image quality would be like, or if things like refresh rate, black levels, and contrast ratio would rival the Organic Light Emitting Diode (OLED) televisions currently available. But it would be interesting to see this idea come to life. And while filing for a patent doesn’t guarantee Samsung will be releasing a product anytime soon or even at all, it’s an indication the company is experimenting with the technology.