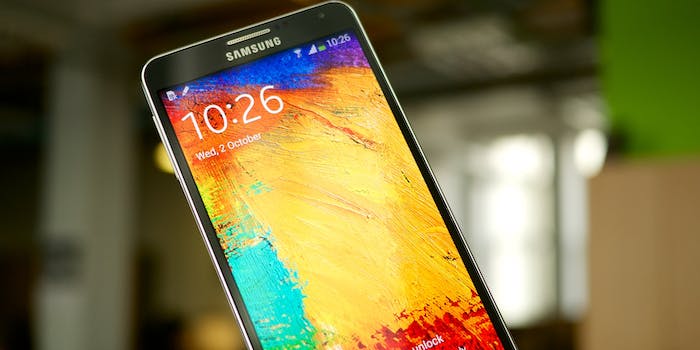 Employing children will only lose you 30 percent of your business with Samsung.

Samsung has made its biggest move yet to cut child labor out of its supply chain—but it’s still not perfect.

Samsung suspended business with a Chinese parts supplier after a report showed it was employing child workers on assembly lines last month, according to Reuters. However, China Labor Watch reported that it found at least five child workers without contracts at Dongguan Shinyang Electronics, which makes phone covers.

After further investigation, Samsung told Reuters the child workers were not hired by Dongguan Shinyang Electronics directly, but by a subcontractor, who hired them through a labor agency.

Samsung has a zero-tolerance policy against child workers and illegal working conditions. But after its investigation, Samsung resumed business with Dongguan Shinyang Electronics, at 70 percent of its former order volume. In other words, child labor will only cost you 30 percent of your business with Samsung. The company defended the reduction to Reuters:

“Samsung has decided to still take measures against Dongguan Shinyang to hold the supplier responsible for failing to monitor its subcontractors, in accordance with Samsung’s zero tolerance policy on child labour. Samsung will continue to further strengthen its monitoring process of its suppliers to prevent such a case from recurring.”

H/T The Verge | Photo via Kārlis Dambrāns/Flickr (CC BY 2.0)