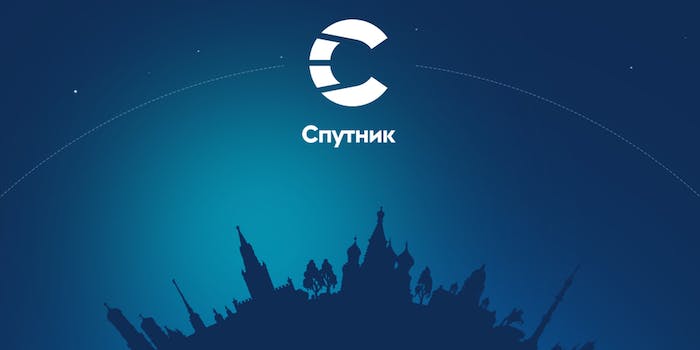 It's just another service, right?

After a year of development, Russia has launched a Kremlin-approved search engine, Sputnik.ru, according to Tech.eu. The search engine was built by Rostelecom, the state-controlled telecom provider, at a reported cost of $42 million.

The Kremlin likes to censor the “CIA project” known by the rest of the world as the Internet. But hopefully, as Russian President Vladimir Putin put it, they don’t spy on their citizens. (Cough, cough.) Sputnik.ru, which can only be accessed in Russia, is attempting to be a competitor to Yandex and Google Russia, the top two search engines in the country.

Whether it will be a success or not is debatable. The Moscow Times reports that Sputnik will become the default search engine for the government and state-owned properties. Citing a lack of experience by Rostelecom in the search field, VTB analyst Ivan Kim wrote in a research note last year that “Search engines are a completely different area from the telecoms service business in which Rostelecom is involved.” Kim concluded that “with its lack of expertise, the venture is unlikely to meet with success.”

Analysts from Merrill Lynch concurred with Kim in a note, stating, “even if the launch of Sputnik is well-executed, we do not expect it could significantly eat into the market shares of Yandex or Google.”

The idea for a government-controlled search engine came from then-President Dmitry Medvedev back in 2008, after being troubled by the online coverage of the Russian-Georgian war.