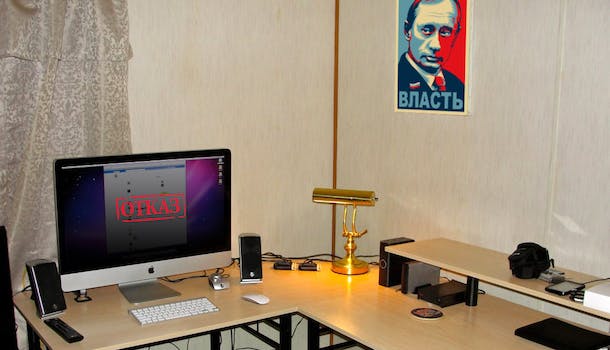 Photo via ncmichael2k3/Flickr (CC BY 2.0) | Remix by Fernando Alfonso III

Well, that didn't go as expected.

Russia censors its citizens’ Internet access—that’s just a known thing, at least in the activist world of Internet freedom. But since we were actually in Russia, we had to test it out. The results we found were, well—they certainly were results!

Russia’s Internet service providers (ISPs) censor what users can see due to laws designed to filter out “materials unsuitable for children”—content with profanity, violence, extremism, or “gay propaganda” on the Web.

The list of known instances of censorship in Russia is long. Most recently, a Russian ISP blocked the Internet Archive, which caches older versions of websites as they are changed and updated over time. The popular source-code repository for programmers, GitHub, was blocked for including a page of satirical instructions on how to commit suicide. Most recently, a Facebook page protesting the prosecution of Alexei Navalny was blocked in December 2014. Navalny is an outspoken critic of Putin, and the page was blocked for promoting an “unsanctioned mass event.”

We put Russian Internet censorship to a test by coordinating Google searches for the same terms at the same time from both Moscow and New York City. We used the most recent version of Google’s Chrome web browser in Incognito Mode to prevent any cached data from affecting search results. The key here was to make our search terms especially politically loaded.

If you search for “putin gay,” it appears that Russia censors its citizens from seeing this Huffington Post article describing Vladimir Putin as “latently gay.” Russians searching Google for “censorship in russia” will not find this Washington Post article, “The Logic Of Russian Internet Censorship,” written by an American political science student. The Washington Post’s writeup of Russia’s “blogger law”—a controversial set of rules requiring anyone with an online following of more than 3,000 readers per day to register with the Russian government and disclose personal information—does not appear in Russian searches for “russian blogger law.”

Aaaaand… that’s about it. Sorry.

Photo via ncmichael2k3/Flickr (CC BY 2.0) | Remix by Fernando Alfonso III