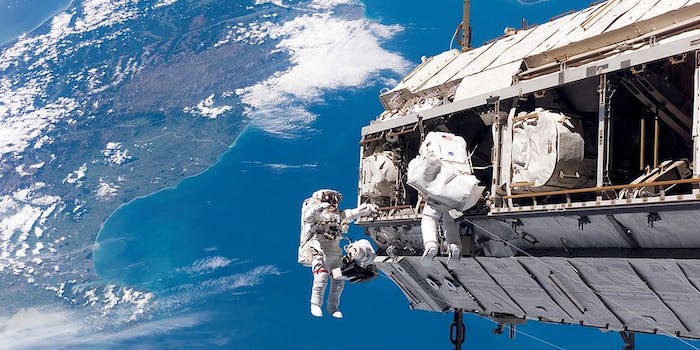 After withdrawing from the ISS, Russia plans to build its own orbiting base.

The Russian Federal Space Agency has announced plans to withdraw from the International Space Station in 2024.

According to a statement from the Russian Space Agency, Russia will remain involved in the ISS until 2024, when the current arrangement for U.S. funding is due to run out. Russia’s modules on the ISS will then be removed from the rest of the structure and reused as part of an all-Russian space station.

The future of the ISS was last in jeopardy during the peak of the conflict in Ukraine. Last year, Moscow threatened to pull out of space station operations by 2020 in retaliation for U.S. sanctions on Russia.

“I propose the United States delivers its astronauts to the ISS with the help of a trampoline,” the Russian Deputy Prime Minister said at the time. Due to NASA budget cuts, U.S. astronauts rely on Russia’s shuttle program to travel to and from the ISS, although the American space agency is testing its own next-generation Orion craft.

Along with its new push for independence outside the international framework of the ISS, Russia also announced plans to renew its lunar program. This will begin with unmanned craft orbiting and landing on the Moon, but the eventual plan is to send manned flights by around 2030.

At the moment, NASA’s hopes for another Moon landing (or a manned asteroid landing) rely on the success of Orion.