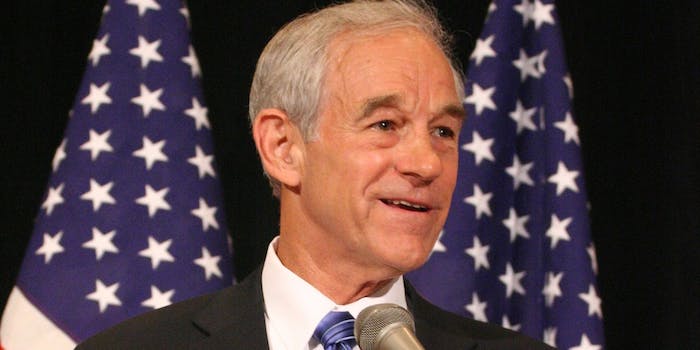 Do  the get to call themselves method actors?

Did you know there’s going to be a third Atlas Shrugged movie? No big deal if you didn’t. Hardly anyone watched the first two, after all.

Atlas Shrugged: Part I failed to recoup even a quarter of its $20 million budget at the box office, inspiring a certain amount of schadenfreude among Ayn Rand haters. The market had spoken: People just didn’t want to watch a movie based on Atlas Shrugged, particularly if it was the first part of a trilogy and had an impressively dire rating of 11 percent on Rotten Tomatoes.

For the creative minds behind Atlas Shrugged: Part I, however, these movies are practically a holy mission. The filmmakers raised $16 million in a private debt sale to make the sequel, and replaced the entire cast. Part II had an even more negative reception than the first film, with the A.V. Club pointing out in its Worst Films of 2012 list, “The irony of Part II’s mere existence is rich enough: The free market is a religion for Rand acolytes, and it emphatically rejected Part I.”

Still, the Atlas Shrugged filmmakers soldiered on to make the third instalment in the trilogy, partially funded via Kickstarter. And this time, they have a new marketing strategy in mind: celebrity cameos.

Along with brief appearances from Glenn Beck and Sean Hannity, Atlas Shrugged: Part III will mark Ron Paul’s acting debut, in a role that has tentatively been billed as “commentator.”

“Atlas Shrugged is a fantastic book, but it’s much more than a story — it’s a philosophy,” Paul said in The Hollywood Reporter. “It’s influenced millions of people already and because of its greatness it’s going to continue to influence a lot of people.”

Hiring Ron Paul was a shrewd move. He likely has enough devotees to draw a few more people to see the movie when it comes out, and if previous instalments are anything to go by then Atlas Shrugged: Part III will need all the help it can get.