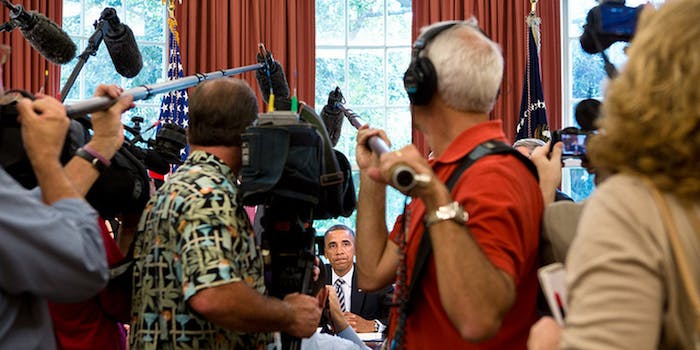 It's more proof that YouTube is key advertising battleground this election season.

The debates are over and, in less than two weeks, Americans will head to the polls to decide who will be the next President of the United States. In some cases people are already voting, and with time running out, both President Barack Obama and Mitt Romney are making their final pleas. As always, YouTube is a top destination.

On Tuesday, the morning after the final debate, both campaigns launched a series of new campaign ads and web videos on YouTube. It didn’t take long for all of the videos to start gaining thousands of views.

President Obama launched “Determination,” a minute long video talking about the progress made in the last four years. Many, including the LA Times, compared it to Ronald Reagan’s iconic “Morning in America” ad of 1984. By the end of Tuesday, the video had more than 39,000 views.

Reaction to the ad was overwhelmingly positive. YouTubers posted 1,100 likes versus just 170 dislikes, an attitude reflected in the comments.

“Yes Mr. President! … Things are looking bright now economy wise, and many other issues too. Changing the path back to the same policies which put us near the great depression will be a disaster to us,” wrote AJOTIJ.

But Romney was working hard this week to paint a very different picture of the last four years. The former Massachusetts governor used a series of clips from Monday night’s debate to promote his plan to rebuild the economy and take shots at Obama’s time in office. But “The Clear Path” counted just over 2,200 views on Tuesday.

Two other Romney videos gained a much bigger viewership and addressed foreign policy issues. Again, Romney lifted footage from Monday’s debate to call out Obama for not visiting Israel while in office and weakening the military. “Apology Tour” had gained some 200,000 views on Tuesday, whereas “Highest Responsibility” maxed out at about 21,000.

Both campaigns pulling out all the stops in the final days to convince win over voters. The YouTube videos are a huge part of that effort. Unlike a campaign rally or stump speech, these videos can easily be shared among friends on social media.