“I think it will be cool to build this mini push mower so that’s what I’m doing.” That’s all the justification Jeep2003 needed to begin work on what would become the coolest retro lawnmower you’ll ever see. 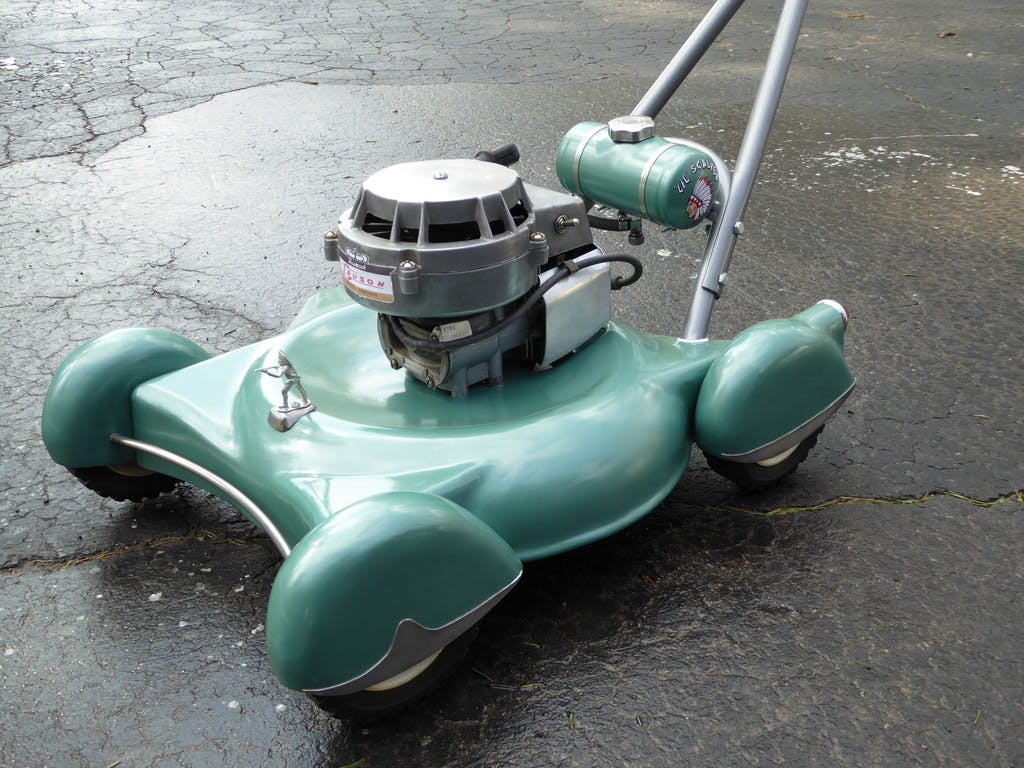 Jeep2013, who chronicled his work on the OldMiniBikes forum, ended up with a ridiculously awesome mini mower that is a bit like Frankenstein. The custom-built beast utilizes bits and pieces from a myriad of different donors: the deck is a piece from an old smoker grill, the motor comes courtesy of a Tecumseh snowblower, and there’s even a delightfully retro set of bullet-style tail lights. 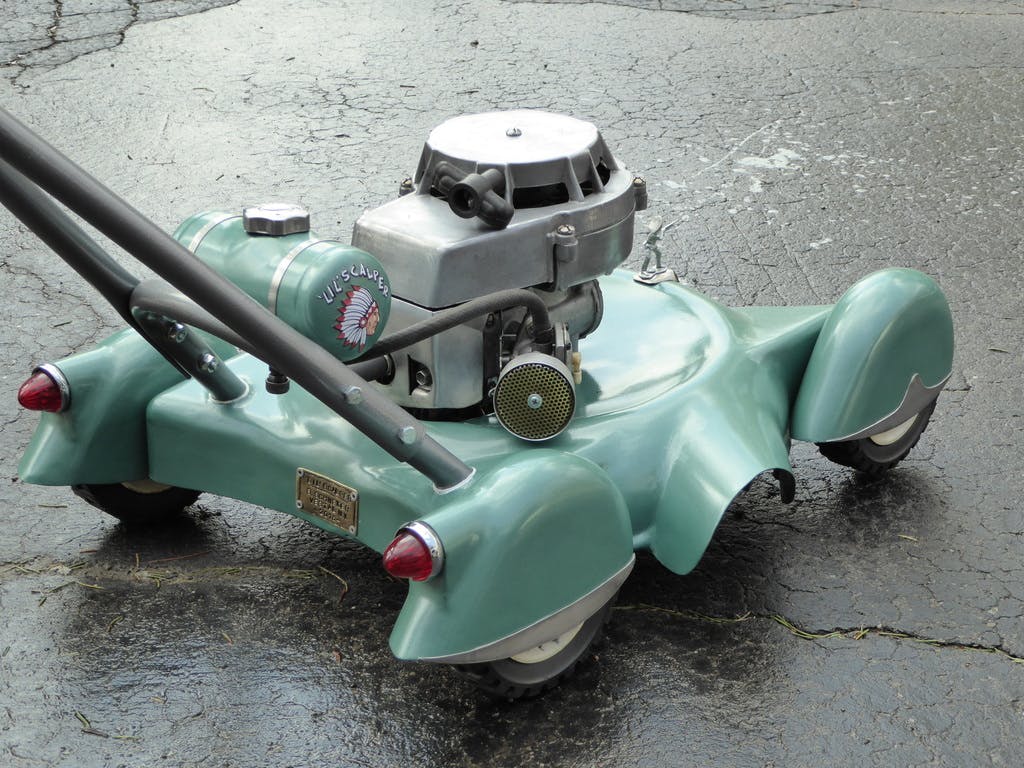 Jeep2003 chose to name his mower “Li’l Scalper,” seemingly drawing inspiration from the engine’s Tecumseh namesake, along with the obvious purpose of the mower, which is to slice the top off the lawn. In an age when sports teams’ names are drawing more ire than ever, the name “Li’l Scalper” could be seen as culturally insensitive. Of course, if Jeep2003’s goal is to replicate the retro-futuristic schtick of the 1940s and 1950s, cultural insensitivity fits right into that plan. 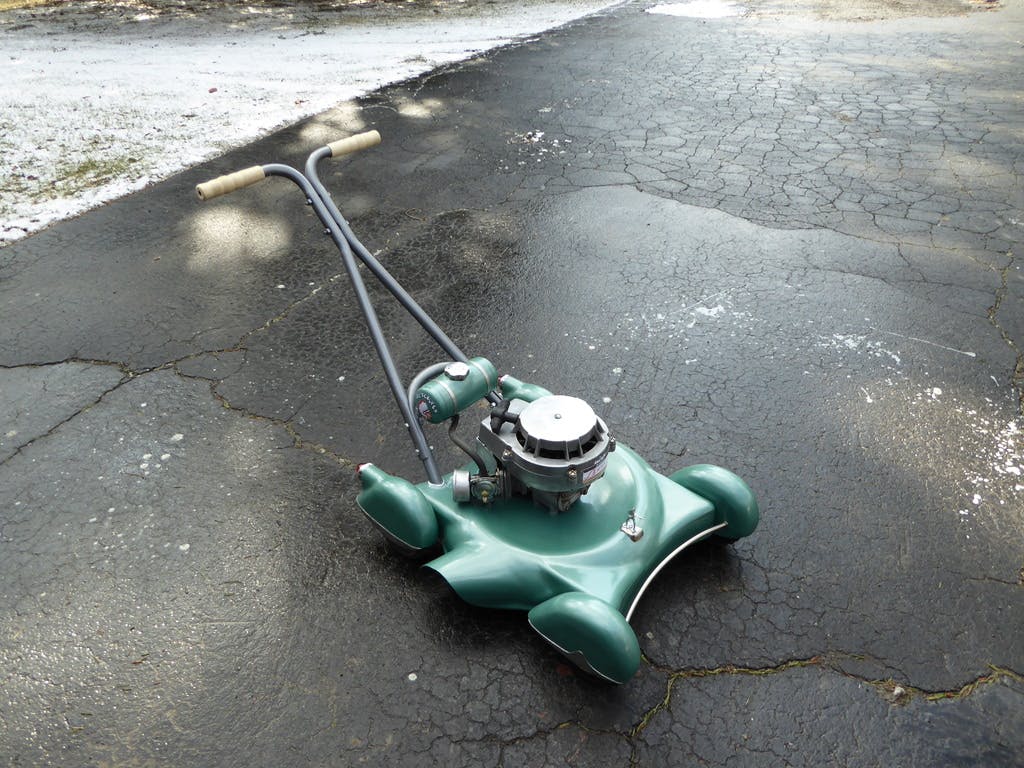 All-in-all, Jeep2003’s lawnmower is the result of a remarkable combination of creativity and technical skill, and it happens to look like something straight out of a 1940s magazine ad. You can check out more photos of the full build and step-by-step progress on the original forum thread.