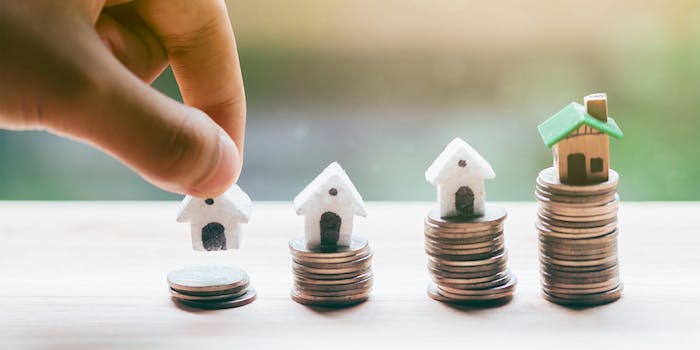 Will rent control be an issue for Democrats in 2018?

It could be the next big thing.

Since the 2016 election, progressives have been busy solidifying key planks of a left-wing platform that could have national appeal. First, the AHCA provided energy to solidify support for Medicare for All. Then, assaults on labor reinvigorated Fight for 15. Recently, the Trump administration’s draconian immigration policies have helped crystallize “Abolish ICE” in the national consciousness.

Looking at referendums, proposals, and candidates around the country, it looks like rent control might be the next issue that galvanizes the left. Specifically, two battles set on either coast could help change the electoral future of rent control across the country.

As rents have increased all over America, tenants are finding themselves priced out of neighborhoods, and sometimes entire cities. Large metropolitan areas like New York and Los Angeles have become poster children for the housing crisis.

Workers are forced to move incredibly far from their jobs while in-demand neighborhoods are dominated by luxury apartments that are often empty due to absentee renters or Airbnb. Homelessness in Los Angeles has reached epidemic proportions. In Manhattan, the average rent has climbed above $4,000 a month, and in New York City as a whole, the number is still over $3,500.

More and more people are turning to rent control as a potential solution.

There are plenty of economists who argue against rent control. The general idea is that developers will build fewer units as profit decreases. The argument for rent control is that it allows tenants to invest in their communities, and they will have more money to spend. The data on the issue has been used to make both arguments, and plenty of studies have reached opposing conclusions.

While the economic data is debatable, the moral argument isn’t.

As UCLA urban planning graduate student Jacob Woocher put it a recent piece for KNOCK-LA, “Rent control provides stability and keeps families in their homes; preserves diversity of race and class in our rapidly gentrifying cities; and transfers huge sums of money over the years from rich, absentee property owners to poorer renters.”

In cities across the country, rent control is emerging as a potential solution for the harsh realities faced by the modern apartment hunter. A slew of policy proposals and politicians are looking to make rent control a part of the conversation. If they succeed, the movement for rent control could go nationwide.

A 1995 state bill in California has been a barrier to rent control for decades. The Costa-Hawkins Act stipulates that housing stock built after February 1995 may not be subject to rent control. With the influx of demand for apartments in California’s cities and the relentless development of luxury high rises aimed at matching it, many buildings were built after this deadline. As such, Costa-Hawkins makes rent control effectively impossible in the state.

As if that weren’t enough, Costa-Hawkins hurts California renters in two other important ways. The bill made it illegal to have rent control in place on single-family homes. The act also makes vacancy control illegal, which means landlords can increase the rent as much as they want between tenants. This incentivizes landlords to get tenants out of rent-controlled units.

Prop 10 would simply repeal Costa-Hawkins, which would pave the way for meaningful rent control legislation in California.

Currently, 15 California cities already have rent control policies on the books, and Proposition 10 would ensure that all buildings have to adhere to them. The passage of Prop. 10 wouldn’t change very much immediately, but it would open the door for robust and effective rent control regulations throughout California.

California is also home to a burgeoning tenants rights movement. While individual cities are seeing growth in their tenants unions, a statewide group called Tenants Together has grown more powerful in recent years. The group is organizing around Prop. 10 and has prepared other pieces of legislation that will extend tenant power and protections. The group recently supported the successful push to guarantee a lawyer to San Francisco tenants facing eviction.

The repeal of Costa-Hawkins will be their greatest battle yet. Real estate interests are incredibly invested in defeating Prop. 10 and have already raised millions in hopes of keeping the act in place.

While Alexandria Ocasio-Cortez, who recently won her congressional primary in New York’s 14th District, has made “Housing as a Human Right” a key part of her platform, Julia Salazar has gone further. Salazar, a candidate for 18th state senate district in New York, is calling for universal rent control. Salazar is running in North Brooklyn, which means that she would be representing the neighborhoods stereotyped as the country’s most gentrified: Bushwick, Greenpoint, and Williamsburg.

Salazar is proposing a package of issues that combined would bring about universal rent control. Her plan is to expand New York state’s rent stabilization policies, cap the amount landlords can raise rent annually, and bring an end to technical mechanisms that allow for rent increases like vacancy decontrol (meaning that landlords can raise rents by however much they like when a tenant leaves), vacancy bonuses (an allowed percentage increase—bonus—in rent when a tenant leaves), and improvement-induced rent increases.

While affordable housing is just one of a slew of progressive issues both women are championing, it is a centerpiece of both campaigns. To some extent, both of their races will be a referendum on the issue.

The beginning of a movement?

The most high-profile rent control battles in 2018 will be happening in New York and California. But the movement for rent control is growing elsewhere, too.

In a recent piece on rent control advocates, The Nation profiled Denver’s renters’ coalition, Colorado Homes for All. Similar to California’s Costa-Hawkins, Colorado has a preemption bill on the books forbidding rent control, and this group hopes to overturn it. Coloradans will be watching Prop. 10 for lessons on setting up a similar fight in their state. These tenants rights activists are also looking at a “warranty of habitability” bill which would effectively legalize rent strikes in the state, a useful tactic when fighting landlords.

A rent strike is when tenants in a building(s) withhold rent in hopes of coercing changes from the landlord, such as improvements to the building, withdrawal of rent hikes, or the right to collectively bargain lease renewal.

It’s a similar story in Chicago, where a progressive bloc of lawmakers is poised to introduce legislation to ease rent control restrictions. A largely symbolic vote was on the ballot in nine of the city’s wards in a March primary, asking if residents wanted to end the ban on rent control.

The vote went overwhelmingly in favor of ending the ban.

This vote was meant as a move to gain support for an actual repeal of the law driven by the tenants’ rights coalition Lift the Ban. Following the result, Lift the Ban now feels that are in a good position to make a move against rent control in the near future.

It isn’t just states and municipalities that begin with “C”; at least 27 states currently have limits to rent control built into the law. More cities and states will likely look to roll back legislation like this in the coming years in an attempt to pave the way for meaningful rent control legislation. Seattle and Portland also saw a lot of activity around renters’ rights in recent years, and more cities are forming tenants rights groups every month.

The campaigns of Salazar and Ocasio-Cortez and the fate of Prop. 10 in California could be the canary in the coal mine for wealthy real estate developers. These referendums on the viability of rent control will encourage similar movements around the country if they pass, setting the stage for a wave of rent control legislation in 2020.