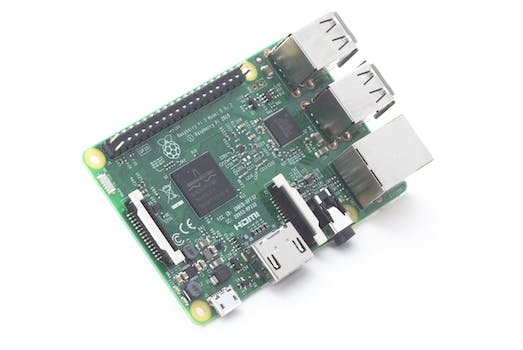 Here, have another serving of Pi.

It’s tough to have your birthday on Feb. 29, because you only get to celebrate it once every four years. Raspberry Pi launched on a leap day, and to celebrate the first Feb. 29 since its debut, the company behind the DIY computer kit has released a new version of its flagship product.

The Raspberry Pi 3 maintains the same credit-card-sized body of its predecessors but ups the ante significantly in terms of speed and connectivity.

The biggest change is the inclusion of a 1.2GHz 64-bit quad-core ARM Cortex-A53 processor. Raspberry Pi claims that the new chipset provides a 50- to 60-percent performance improvement over the second model and 10 times the performance of the first one. The third Raspberry Pi kit is the first to support a 64-bit architecture.

The latest version of the tiny computer also includes built in Wi-Fi and Bluetooth 4.1. It will maintain compatibility with previous models, so existing projects and tutorials that rely on precise hardware will still work.

Last year, along with the Raspberry Pi 2, the company introduced the tiny Raspberry Pi Zero, which was so small and cheap—costing just $5—that the company gave away the device to subscribers of the MagPi magazine.

Affordability has always been a major part of Raspberry Pi’s appeal, and the third model continues that tradition, retailing for $35—the same price point as previous versions. Raspberry Pi won’t be dropping the prices of previous models, though. It’s just adding the Pi 3 to its lineup.