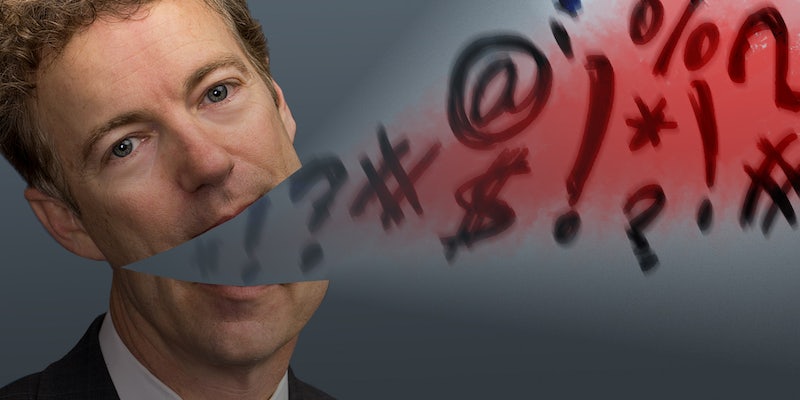 Only a day after announcing his presidential candidacy, Sen. Rand Paul (R-Ky.) is under fire for an awkward confrontation with a female news anchor.

Speaking on the Today Show, Paul grew testy when correspondent Savannah Guthrie pressed him on whether he agreed with the literal words of President Obama’s recent proposal with Iran. When Guthrie asked a multi-part question, Paul tried to interject, but as she kept talking, he said “why don’t you let me explain, rather than talking over me?”

He followed up with what seemed a condescending instruction on how to conduct an interview. “You ask a question, and you say ‘have your views changed?’” Paul asked.

Guthrie seemed to come out on top, though, asking “Do you still think Iran’s not a threat, as you said in 2007?”

It’s not the first time the senator’s gotten in hot water for how he spoke to a female interviewer. In February, he was similarly criticized for shushing CNBC’s Kelly Evans and telling her to “calm down a bit.”