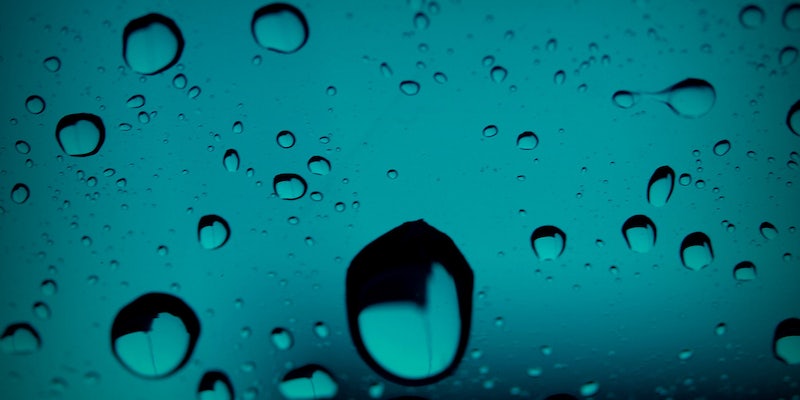 There’s a word for that wonderful after-rain smell: Petrichor

There's a name for the smell, too.

Have you ever gone outside after a light rain shower on a warm summer day and wondered where that great, earthy smell comes from? Scientists at MIT now believe they’ve found the answer.

The scientists used high-speed cameras to capture the impact of falling raindrops on porous surfaces. After studying the resulting images, the researchers found that the raindrops trapped tiny air bubbles at the point of contact. When these air bubbles rose and were ultimately released—think a flute of champagne, they explain—they unleashed a fizz of aerosols that carried the scent of the surfaces they impacted. What we typically smell in a natural environment after a light storm are the natural plant oils and bacteria present on the surface of most soils.

The study was lead by Cullen R. Buie, an assistant professor in MIT’s mechanical engineering department, who was assisted by postdoctoral scholar, Youngsoo Joung. The team was able to predict the number of aerosols that would be released based on the velocity of the raindrops and the permeability of the surface. According to the researchers, a light or moderate rain actually releases more aerosols than a heavy rain because slower raindrops allow more time for air bubbles to be created before being released.

Petrichor, the term for the smell, was first characterized by a group of Australian scientists, but the MIT study marks the first potential understanding of the mechanism behind the phenomenon.

“Until now, people didn’t know that aerosols could be generated from raindrops on soil,” Joung says. She describes the clouds of bubbles revealed under the cameras as “frenzied aerosols.”

“Frenzied means you can generate hundreds of aerosol droplets in a short time—a few microseconds,” Joung explains. The more you know.