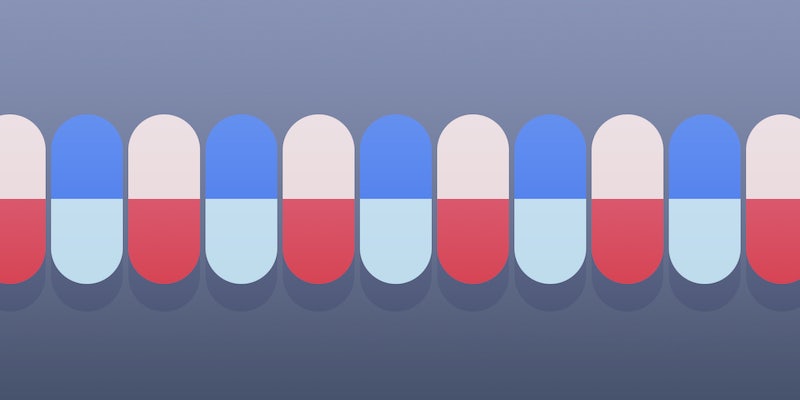 Drugs will find a way.

The drugs were wrapped in Ziploc bags, covered in duct tape, and hidden below a balcony right near a crowded sidewalk in Kiev, Ukraine.

The package was left there by a dealer known online as Brooklyn Flea Shop. The product was easy to find for the buyer, someone who goes by the alias of Mahadeva, the name of both the Great God of Hinduism and a legendary evildoer in Buddhism.

Bending below a balcony like this didn’t look natural at all, Mahadeva worried. Someone must have thought it was strange. “The treasure’s location was not very good,” he wrote later. Oh well.

One gram of speed—amphetamine sulfate is the kind of stuff that can induce euphoria, drench you in sweat, and skip your heartbeat—costs 250 Ukrainian Hryvnia ($11 U.S.) paid for in Bitcoin, a cheap buy for a big high.

The exchange on the Kiev sidewalk is known as a dead drop, a drug deal where the buyer is instructed to find the drug at a hidden location inside a city. It’s just one way that Kiev does the Dark Net its own way.

As Ukraine holds on to an increasingly delicate peace, the country remains divided by armed troops. There is, however, at least one thing that moves reliably through the cities and across dangerous borders: illegal drugs sourced from the Dark Net.

The first Ukrainian Dark Net market, launched on the eve of the country’s civil war in May 2013, has so far survived the bloody battles and continues to be a recreational pharmacy for thousands of members inside a country struggling to emerge from crisis.

PsyCo, short for Psychedelic Community, is dedicated to psychoactive substances. In many ways, PsyCo operates much like other Dark Net markets: It contains a small library of personal reports and information on drugs as well as an active black market that helps dealers and buyers move the dope to Kiev and beyond.

While the national economy cratered due to civil war, Ukraine became a cybercrime behemoth. Dark Net drug dealers are a small blip on the radar compared to some of the country’s big hacking rings, whose targets range from banks to stock markets to credit card giants.

Brooklyn Flea Shop is but one of several Ukrainian dealers offering a store full of drugs to be snorted or smoked, Chinese psychedelics (25p-nbome), magic mushrooms, the synthetic stimulant a-PVP, and a biblical garden of marijuana—which appears to be the most popular drug around, just as it is in much of the rest of the world. In most ways, Brooklyn Flea Shop fits in well in any Dark Net black market. But the Kiev dead drop sets it apart.

In the West, self-styled Dark Net experts laugh at the dead drop. They roll their eyes and demean anyone who would move drugs this way. But it worked for Mahadeva and his friend. So, with the transaction complete, they headed back to their flat, where they cut up the speed into two 50-milligram lines and snorted it, pleasantly surprised at the smoothness of the stuff.

Mahadeva had heard stories of horrible burning and dripping mucous from others who’d taken Brooklyn’s product, but here with the drug finally inside him, he experienced a heavenly anticipation.

Twenty minutes after the drug disappeared up his nostril, Mahadeva felt tingling nerves that rose into euphoria. The pair played video games, their mouths hanging open, until the stimulation they felt grew too strong, creating an insatiable desire to leave their flat. Mahadeva and his partner hurried outside to explore Kiev.

Like most Dark Net markets, PsyCo exists as a hidden website on Tor, an American-backed anonymity network that allows users to communicate behind multiple layers of encryption to protect their identity and data. Drugs are paid for with Bitcoin and delivered through the mail or, sometimes, hidden around big cities.

The Dark Net’s lingua franca has always been English. But for the last three years, small but steadily surviving localized markets in Eastern Europe and Eastern Asia are opening up anonymous trade to potentially hundreds of millions of Internet users who converse in languages like Chinese, Russian, and Ukrainian. The actual active number of non-English-speaking users right now appears to be much smaller, but it’s clear the Dark Net has room to grow.

In the markets of Russia and Ukraine, dead drops have become cheap and quick alternatives to the classic Dark Net tactic of postal smuggling. When you’re in cities like Moscow and Kiev, you can get a drug the same day.

Ukraine’s PsyCo follows in the footsteps of a Moscow-based Russian cadre of drug dealers responsible for the Russian Anonymous Marketplace (RAMP). Founded in early 2012, RAMP has survived to become the longest-lasting Dark Net market in the world (although it recently suffered a sustained denial-of-service attack).

In a shadowy arena where heavyweights rapidly rise and fall, the Russians built a lasting institution that reaches from the center to the edges of the Russosphere including Belorussia, Kazakhstan, and Ukraine.

At 4,500 members, PsyCo is small and simple when put up next to the biggest black markets around.

When Silk Road debuted in 2011, it was compared to massive sites like Amazon and eBay. Underneath the hood, Silk Road had the code and organization to feel like a modern online shopping mall, right down to its carts and five-star reviews. Some of the big markets have grown more technically advanced in the years since.

By contrast, local markets like PsyCo run on old-fashioned Internet forums, where deals are hashed out in private messages and security relies even more on trust rather than hard-coded solutions (a mistake plenty of big English-language markets have made as well). Then again, simple code can mean less avenues of attack for hackers, so maybe there’s virtue in dropping the high-tech shopping cart.

Mahadeva’s speedy surge around Kiev felt like a triumph. To anyone else watching, it just looked like a couple of fast-talking and quick-walking guys, smiling ridiculously as they stormed from block to block.

The pair of friends felt like they were sprinting from great idea to great idea, motivated and cheerful until they returned home. This speed trip was more useful than merely a freaked-up stomp around Kiev.

Dark Net markets are in many ways powered by trust and word-of-mouth. After all, black markets have no government regulator, newspaper critic, or Yelp reviewer checking for quality and safety. When you’re buying drugs, the best reason you have to hope that your high will be safe and sweet is that the last guy who took these drugs is still smiling and still alive.

Mahadeva’s speed high was a quality-assurance test then. In a few days, he would sit down and write a detailed blow-by-blow of how the speed hit his body, which he published on PsyCo. Brooklyn’s future customers would be happy to read it.

Not right away though. As he laid in bed, pressure grew slightly on Mahadeva’s head until he passed out at six in the morning, happy and fatigued and ready to conduct another test very soon.