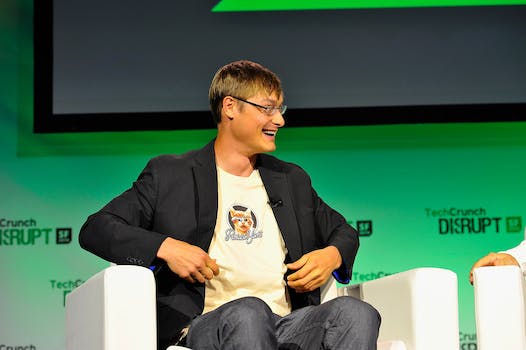 How Product Hunt became the first name in viral technology

After viral, what comes next?

Last week, people everywhere sent their enemies glitter. So much so that the creator of “Ship Your Enemies Glitter” asked people to stop buying glitter—he was just way too overwhelmed.

The website and prank-as-a-service took off on Product Hunt, an online platform where startups and other cool products can get their start and top the charts thanks to upvotes from the Product Hunt community.

Each day, a new crop of companies and applications appear on Product Hunt—the submissions are hand-selected by the Product Hunt team, so only cool or unique apps or services (such as “Ship Your Enemies Glitter”) make it on the list.

The site’s homepage works much like Reddit or Hacker News: Lists of the day’s most interesting products are collected and upvoted by the community. People can comment on each product, and put certain submissions into groups called Collections to bookmark for later. With Collections, users can see what’s popular in a particular topic, like products for couples, or prank products.

“I saw [Ship Your Enemies Glitter] in the morning last week and I knew immediately it would be interesting, but I didn’t expect it to explode as much as it did,” Ryan Hoover, founder of Product Hunt, said in an interview with the Daily Dot.

The site is extremely popular with the tech crowd, specifically for its curated collection of quirky and helpful appls. And it’s not just things like glitter bombs that find their start on Product Hunt.

The day after “Ship Your Enemies Glitter” broke the Internet, Be My Eyes, an app that lets people volunteer to help “see” things for the visually impaired, was the most popular app on Product Hunt, garnering press and thousands of pageviews.

What’s on Product Hunt varies by day—one morning you might find glitter, and the next a suite of developer tools strictly for app-makers only. Casual consumers will find new toys, but so will programmers, designers, and entrepreneurs.

Hoover says the team is redesigning the submission process, in order to make it more transparent and scalable.

“It’s interesting in that there are certain products will emerge on Product Hunt and you’ll see some similar trends and they will follow along,” Hoover said. “But at the same time, you can see random things you wouldn’t expect—people come to the site to search for things they wouldn’t know exist.”

Product Hunt stands out among its encyclopedic-like ranking competitors thanks to its focus on design and the limited submissions it allows per day. It’s become a tech industry, meaning it’s that if your app gets a Product Hunt spot, the stories will almost surely follow.

Submissions come from all over the world, helping readers to break out of the Silicon Valley bubble at least a bit. To illustrate just how geographically diverse the companies listed are, Product Hunt created a map based on data from submissions to show where the most popular clusters are. About 50 percent of the products are submitted from clusters in the U.S. including Silicon Valley and New York, but others include Paris, London, Amsterdam and cities throughout Asia and Africa. 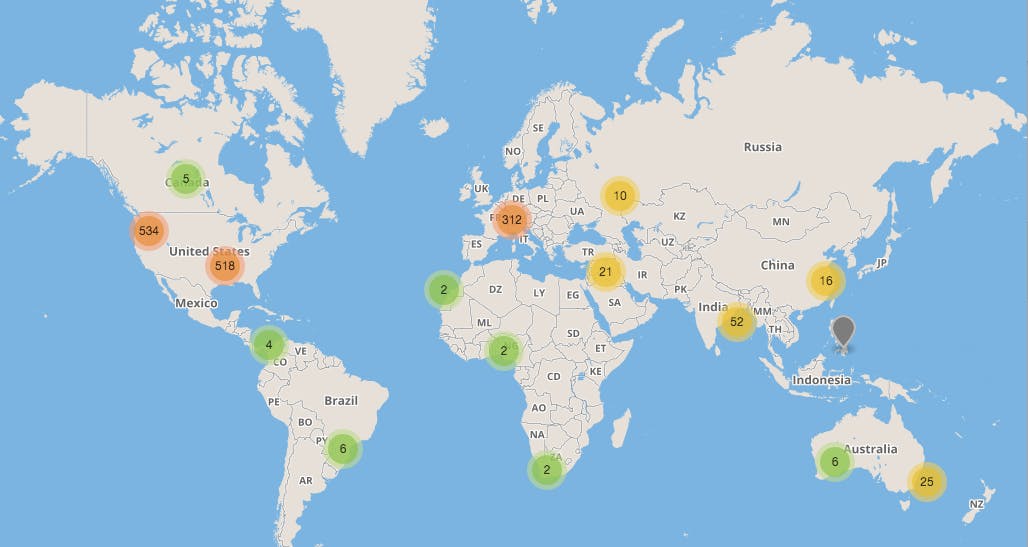 Although his site is currently enjoying its moment in the tech industry’s spotlight, Hoover says that eventually Product Hunt will grow to include products from a variety of industries including entertainment, leisure, or fitness.

And Hoover takes none of this lightly. The success of Product Hunt has surprised even the founder himself. Hoover was still working part-time at a startup when he began the site as a side project in late 2013.

“It started as an email list, and it wasn’t meant to be a startup in the beginning,” Hoover said. “Then I started seeing people subscribe and it was getting more traction and there was more interest in the site.”

Hoover says that the explosive interest is exciting but also nerve-wracking. Now that Product Hunt has raised $7.5 million and is under the technology microscope, he feels a need to prove the team is deserving of all the attention.  The site needs to maintain its quality while it grows, and ensure that a spot on Product Hunt continues to mean something, though he admits that something might not necessarily be longevity.

For some companies, all that attention can come with unforeseen consequences. “Ship Your Enemies Glitter” shut down its services thanks to overwhelming demand, and Be My Eyes received so much traffic, the company’s servers required maintenance to continue to support the growing number of volunteer signups.

As Hoover describes it, Product Hunt is a place for people to find new technology products, like mobile apps, websites, and hardware every day. But if you make the cut, what happens next is on you.

“If you’re getting attention, it means people care,” Hoover says. “You’re solving a need, but it doesn’t mean it’s going to succeed longterm.”