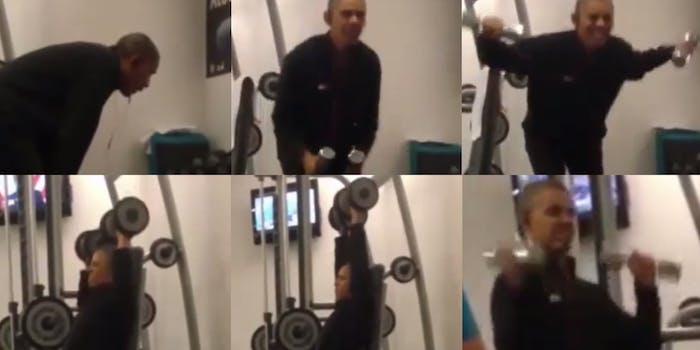 In surreptitiously caught footage from a Poland hotel this week, the world had its eyes opened to something horrific: President Obama’s workout routine.

The Lunger-in-Chief was caught squatting with weights in a gym on his visit to Poland. The Daily Mail got its hands on the cringeworthy footage that has exposed us to Obama’s “dad-gymming.”

While Fox naturally called this a national security risk, the Secret Service were quick to play it down. Talking to the Hill, a spokesperson said that this was “no different than if the president visited a restaurant off the record and other diners took pictures of him.” The agent added, “Hotel guests were not asked to leave the gym during this off the record movement, nor were they asked to refrain from taking pictures.” 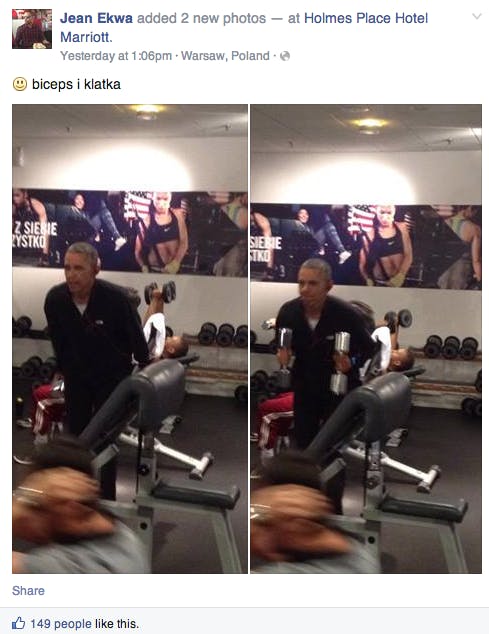 While that may seem like a tacit endorsement of the photographs by the Secret Service, it’s likely however that at least one Obama will be finding the workout extremely cringeworthy. The President is not the only member of the First Family to publicly exercise, but honestly, Michelle Obama’s nationally televised dancercize routine was better than this. My question is, what workout playlist was the Leader of the Free World getting swoll to?