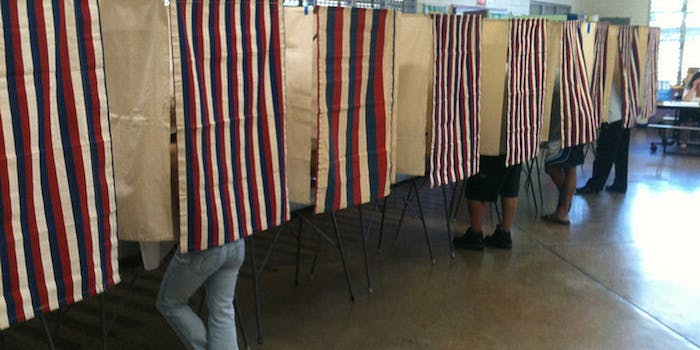 If you have an email address and even the slightest interest in politics, there’s a good chance your inbox is routinely stuffed by partisan campaign operatives—in some cases, long after the election has already come to an end.

But if you think excessive spamming is the only way the Internet has changed political campaigning, you’re in for a rude awakening. It’s just the tip of the iceberg.

In the wake of another election cycle, many are taking a closer look at how professional campaigners are using sophisticated datasets—compiling everything from census information to web browsing habits to GPS data —to reach out to the individual voter in a very personal way.

In the lead-up to yesterday’s smattering of off-year political contests, Fast Company took a look at the recent success of an L.A. advertising company that used advanced microtargeting techniques to help elect Mayor Eric Garcetti.

The firm, Engage:BDR, detailed just how they were able to use “hyper-local IP data sets,” census data, and voter records to go after two very specific demographics with targeted ads. The agency sought to influence some 500,000 English-speaking and Spanish-speaking Latinos between the ages of 18-46. Once browsing habits were matched up with census and voting records, it became relatively easy for the firm to place ads in front of these desired voters at the right times of the day.

But making sure voters see targeted ads isn’t the endgame for these kinds of targeted campaign tactics. Firms like Engage are also utilizing GPS data to help ensure voters actually make it to the polls and cast a ballot for their candidate.

‘By drilling down on the GPS coordinates of a given block, mobile advertising targeted at people on that block could direct them to the exact address of their local polling place,” Fast Company reported.

All this amounted to a solid victory for Garcetti in May, and (more importantly for firms that want to demonstrate the usefulness of these voter targeting practices) a 10 to 17 percent better click-through rate for targeted ads than traditional political Web ads.

Garcetti’s campaign may have been on the cutting edge of online campaigning this year, but he was certainly not the first candidate to make inroads into the world of targeted campaign advertising. The presidential campaign of Mitt Romney in 2012 made several notable—if not necessarily graceful—forays into this arena. His campaign used the then-new sponsored searches on Facebook to try and misdirect users seeking President Barack Obama’s page. The Republican nominee’s campaign also used targeted Twitter ads to counteract one of its funniest Twitter adversaries.

And Barack Obama’s first presidential campaign, in 2008, really proved what Internet campaigning was capable of accomplishing. The online fundraising arm of that campaign has been lionized by political observers for years since. And even though the obsessive emails the campaign sends out are regularly mocked, statistics indicate that they do get results.