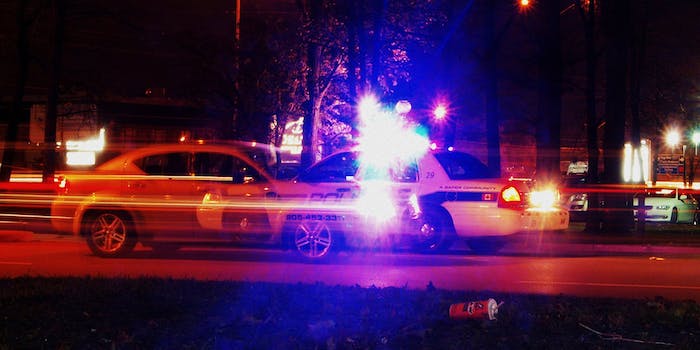 California cops are posing as panhandlers to bust distracted drivers

There are lots of distracted drivers on our roads.

We all know we shouldn’t fiddle with our phones while driving, but if you’ve ever felt the temptation to send a quick emoji or refresh your email inbox, the presence of a law enforcement officer will surely kill that off in short order.

In San Bernardino, California, cops are taking some extraordinary steps to catch drivers with their thumbs on their touchscreens, by posing as panhandlers. 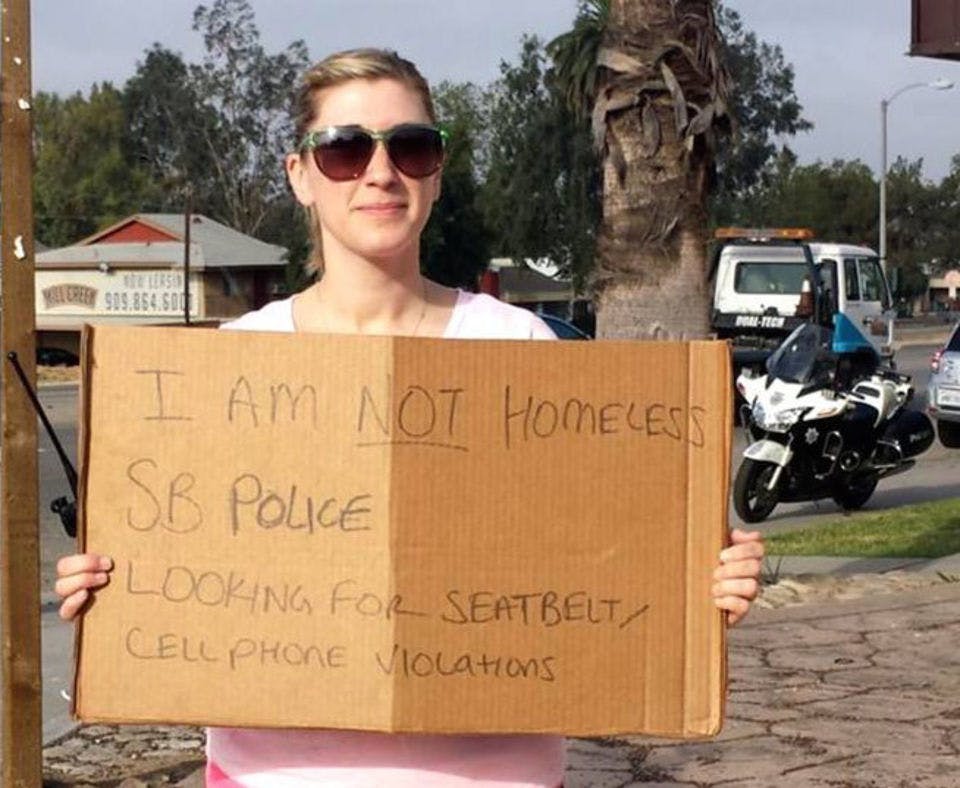 The officers donned regular street clothes and took to highly trafficked freeway off-ramps in an attempt to spot distracted drivers and seat belt usage violators. They held cardboard signs to help remain undercover, appearing to be panhandlers from a distance. However, anyone who took the time to actually read the hand-drawn signs—which explained that the person holding it was an officer enforcing driving laws—knew exactly what was happening.

When an officer spotted someone tapping away at their phone or cruising without a seat belt on, they radioed to a fellow officer who performed the traffic stop and issued citations. According to a press release from the department, a total of 50 vehicles were stopped, with 48 citations issued. Five vehicles were even impounded thanks to a lack of license or existing license suspension.